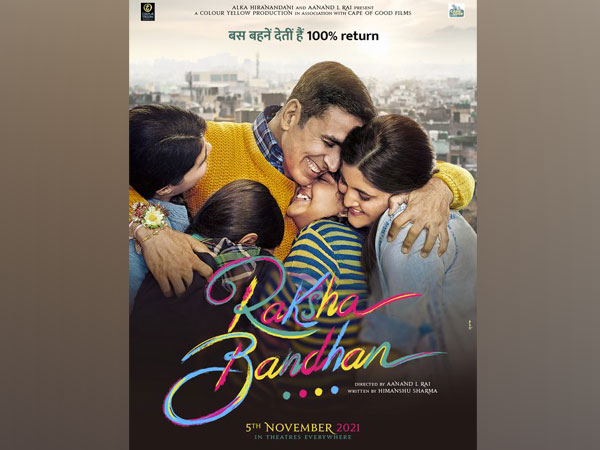 New Delhi [India], August 3 (ANI): On the occasion of the festival of Raksha Bandhan, superstar Akshay Kumar on Monday announced his new film ‘Raksha Bandhan’ with director Aanand L Rai.
Kumar made the announcement on Twitter by sharing the poster of the film. He said that the new project is dedicated to his sister Alka.
The poster features Kumar hugging four girls who are possibly portraying the role of his sisters in the film.
“A story that touches your heart so deeply and so instantly, it is the quickest I have signed a film in my career dedicating this film, Raksha Bandhan to my sister, Alka and to the most special bond in the world…that of a brother and sister. Thank you @aanandlrai this one is very special,” he tweeted.
Helmed by Aanand L Rai, written by Himanshu Sharma, the film will be produced by Colour Yellow Productions in association with Akshay’s production house Cape Of Good Films.
The film will hit the theatres on November 5, 2021. (ANI)

Ahead of ‘bhoomi pujan’ of Ram temple, 5,100 urns are being prepared for decoration

IPL: KKR to bowl against Daredevils