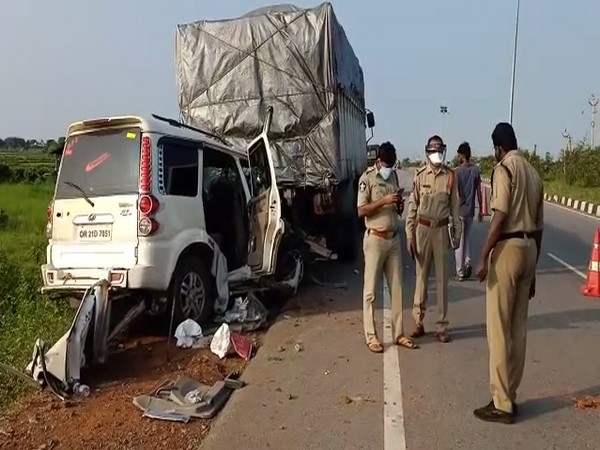 Srikakulam (Andhra Pradesh) [India], Aug 2 (ANI): As many as three people lost their lives in a road accident on the national highway near Jalantrakota Junction in Kanchili Mandal of Srikakulam district today.
While three died on the spot, three others have received injuries in the incident wherein a car collided with a truck parked at the side of the road. They have been shifted to the hospital and are out of danger.
According to information shared by the police, they were travelling from Kharagpur to Visakhapatnam.
Kanchili Sub Inspector Durga Prasad said, “At around 5 am, a vehicle coming from Odisha hit the truck parked at the side of the road. Prima facie it seems that that the driver had dozed off while driving, as the truck was parked much aside from the road.” (ANI)

Spread the universal message of ‘dharma’ as depicted in Ramayana: VP Naidu

AI Express crash: DGCA bans use of wide-body aircraft at Kozhikode airport during…

COVID-19 recovery rate rose to 69.80 per cent due to efficient clinical management:…

No public darshan allowed on Janmashtami at ISKCON, Delhi

Not made any demands, will do whatever party asks me: Sachin Pilot

Janmashtami amid COVID-19: Devotees not allowed inside Noida ISKCON temple

‘To another year of staying fit’: Anil Kapoor’s birthday wish for Suniel Shetty