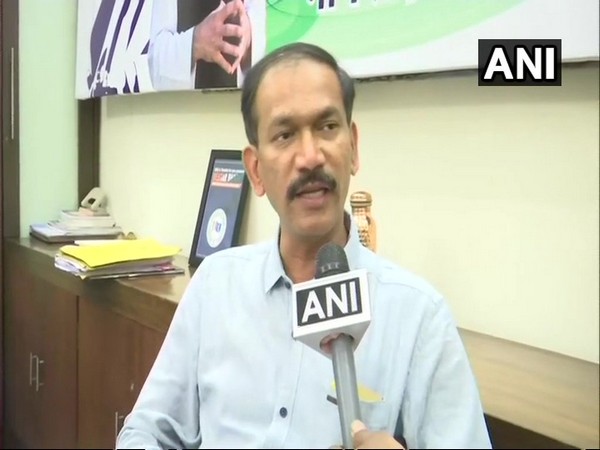 Panaji (Goa) [India], Aug 2 (ANI): Since Governor’s office is not a party to the proposal of new Raj Bhawan, it needs to be seen whether directions came from Prime Minister’s Office or Home Minister Amit Shah or was it some casino tycoon himself who submitted a proposal in this regard to the Chief Minister, questioned Goa Pradesh Congress Committee (GPCC) President Girish Chodankar on Sunday.
It may be noted that the issue of converting Raj Bhawan into “Casino Bhawan” was raised by Congress on Friday, a day before Raj Bhawan issued a statement on the matter.
“Governor Satya Pal Malik must instruct Chief Minister Dr Pramod Sawant to inform the people of Goa who first floated the idea of constructing a new Raj Bhawan and whether any file notes were moved pertaining to the said decision before the Chief Minister making the public announcement about the same,” demanded Chodankar.
The GPCC President also charged that the BJP government has asked PWD to make the design of bungalow for Deputy Chief Minister Chandrakant alias Babu Kavlekar with a budget estimate of multiple crores. The Governor must call all the files pertaining to various projects pertaining to such wasteful capital expenditure and red flag them immediately, stated Girish Chodankar.
“The Chief Minister should make it clear whether the proposal of new Raj Bhawan was approved by the Economic Revival Committee constituted by the Chief Minister himself after the outbreak of coronavirus pandemic and whether state’s priority is to revive the economy and to get the state out of financial emergency or spend money on such non-priority projects,” said Girish Chodankar.
“The very fact that there was no official denial on my claim from the government sources proves the fact that BJP considers the state assets including Raj Bhawan as its private property and hence has opened the sale of anything and everything in Goa in the name of heritage. The reaction by BJP President Sadanand Shet Tanawade to my statement was out of frustration and Governor’s statement is a befitting reply to Tanawade’s stupid attempt of downplaying Congress charge,” he claimed.
“Considering the alarming rise in deaths and increasing positive COVID-19 cases in Goa, Governor must once again hold a high-level meeting to unify all government resources and machinery to contain further deaths and spread of COVID-19, as people are living in horror due to failure of defective government,” he added. (ANI)

I need to come back stronger after my third film: Tiger…