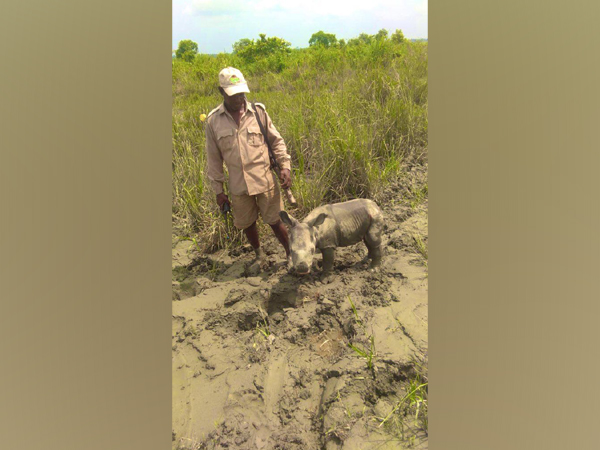 Kaziranga (Assam) [India], Aug 2 (ANI): While floods have wreaked havoc in 30 districts of Assam, four-day-old rhino calf was rescued in the Kaziranga National Park staff on Sunday morning.
All efforts are underway to reunite the calf with his mother.
“A 3-4 days old rhino baby was rescued by Kaziranga National Park staff at 10:30 am today and was taken to our Centre for Wildlife Rehabilitation and Conservation (CWRC) for further observations. All possible efforts will be taken to reunite him with his mother,” said Sailendra Pandey, the Public Relations Officer to the minister of environment and forest Parimal Suklabaidya.
Over 56 lakh people have been affected by the floods, which have wreaked havoc across 30 districts of Assam, according to a daily status report on Sunday.
According to the report, the total number of 56,89,584 people have been affected in 30 districts of Assam since May 22 and 109 people have lost their lives in flood-related incidents. (ANI)

Arms licenses of criminals, kin to be revoked: Ghaziabad SSP

Elton John, Katy Perry to perform at ‘The X…

Trump speaks to US astronauts who returned from ISS