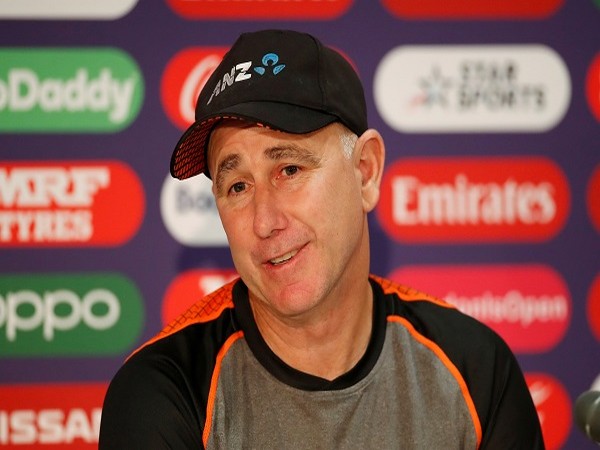 Auckland [New Zealand], Aug 1 (ANI): New Zealand Cricket’s (NZC) chief executive David White has hinted that head coach Gary Stead may get a contract extension till the 2023 World Cup slated to be played in India.
White also said that the management of the NZC is happy with whatever Stead has managed to achieve with the side.
“We are delighted with what he’s done. When we appoint someone it’s a consultative process with players, management, and then a recommendation to the board. We’re hopeful to have that wrapped up before our board meeting at the end of August,” stuff.co.nz quoted Stead as saying.
“We haven’t agreed a term as yet but I would think that’s likely to be until the next World Cup, which the ICC has now extended to November 2023. That would be a logical period,” he added.
Stead was appointed as the head coach in August 2018 for a two-year term until the T20 World Cup in Australia.
The T20 World Cup was slated to be played this year, but it has now been postponed till next year due to the coronavirus pandemic.
Last week, Stead had also expressed his willingness over carrying on as the coach of the side.
“Talks have been pretty positive and, if New Zealand Cricket and the players feel as though I can keep contributing, then I’d be interested in continuing on,” stuff.co.nz quoted Stead as saying.
The 48-year-old Stead had guided New Zealand to the 2019 ODI World Cup final. (ANI)

Google tests a new subscription service to print your best…

IAAF ordered to ban Russians from Games at any cost:…