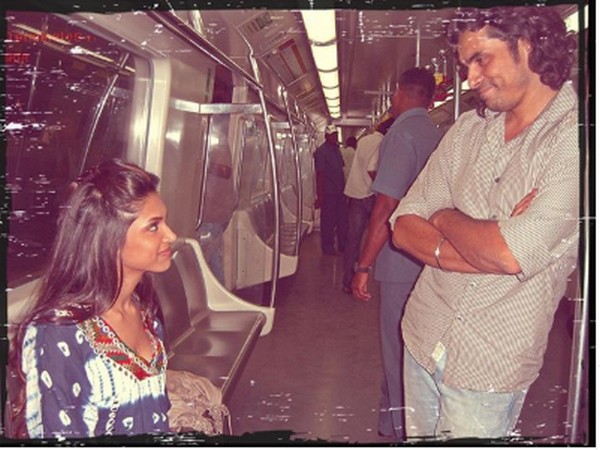 New Delhi [India], July 31 (ANI): Actor Deepika Padukone celebrated 11 years of her superhit film ‘Love Aaj Kal’ on Friday by sharing a throwback picture of herself with director Imtiaz Ali from the sets of the film.
She took to Instagram to share the picture that featured Deepika seated in the Delhi Metro train and looking at Imtiaz with a smile on her face.
“The eyes say it all…#meera #11yearsofloveaajkal,” Padukone wrote in the caption.
The ‘Chhapaak’ actor further marked the day by changing her Instagram and Twitter names to ‘Meera’, the character she portrayed in the film.
The 34-year-old actor also changed her profile picture on the two social media platforms to the poster of the film featuring her and her co-star Saif Ali Khan.
The Imtiaz Ali-directorial continues to be one of the most successful romantic flicks. A second installment to the film featuring actors Kartik Aaryan and Saif Ali Khan’s daughter Sara Ali Khan was also released earlier this year. (ANI)

On this day in 2017, Moeen Ali became 1st England spinner in 79 years to scalp Test hat-trick

US calls for Hafiz Saeed to be held accountable for…

Switzerland to extradite FIFA suspect to US