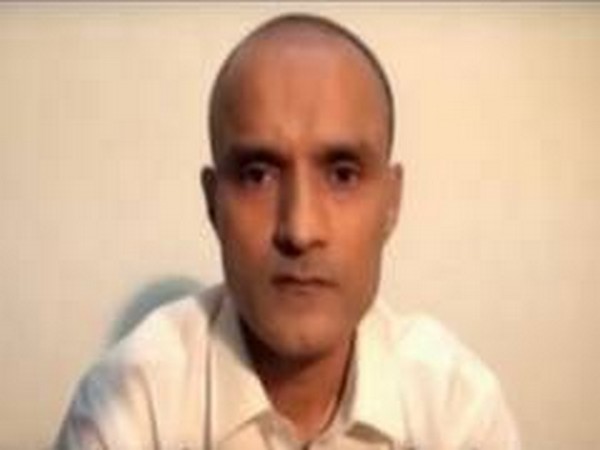 Islamabad [Pakistan], July 27 (ANI): Pakistan government on Monday presented a bill in the National Assembly to give the right of appeal to Indian national Kulbhushan Jadhav, who is on the death row in Pakistan, in regard to the International Court of Justice’s ruling.
Adviser to the Prime Minister on Parliamentary Affairs, Babar Awan, presented the bill in the Assembly, The News International reported.
Under the ordinance which was enacted on May 20, a petition for the review of a military court’s order can be made to the High Court through an application within 60 days of its promulgation.
The ordinance had sparked a heated debate between the opposition and the ruling party.
Speaking about the timeline of the ordinance, Awan said that it was given to the federal cabinet on May 15. “The cabinet passed it on May 18, while Prime Minister Imran Khan received it on May 19 and sent it to President Dr Arif Alvi next day for issuance of the ordinance,” he was quoted by The News International as saying.
Pakistan claims that Jadhav was arrested from Balochistan in 2016 on charges of espionage. India has rejected Pakistan’s allegations and said he was kidnapped from the Iranian port of Chabahar.
In early 2017, a Pakistani military court sentenced him to death. In May 2017, the International Court of Justice (ICJ) stayed his execution. In July last year, the ICJ, by a vote of 15-1, had upheld India’s claim that Pakistan has committed an egregious violation of the Vienna Convention on Consular Relations on several counts.
In light of the ICJ’s decision, the Pakistan government had approached the Islamabad High Court to appoint a legal representative for Jadhav.
Reacting to Pakistan government approaching the court, India has said Islamabad has blocked all avenues for effective remedy available to India in Kulbhushan Jadhav’s case (ANI)

Intensive therapy not necessarily best in treating loss of…

Want to take it slow in Bollywood: Dhanush