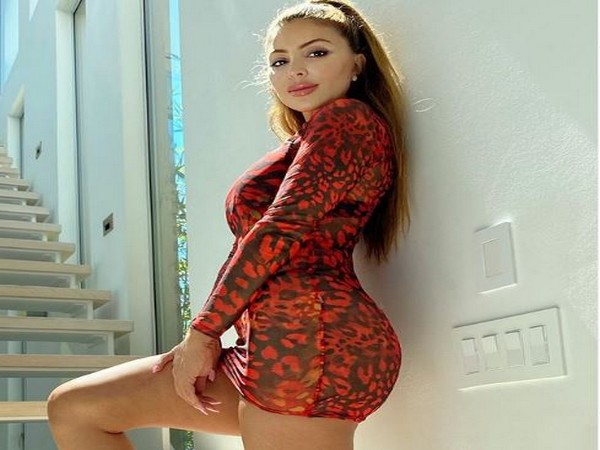 According to Page Six, a representative for the brand confirmed that the 46-year-old star has signed a “close to a six-figure social media deal” extending through January 2021. Her representative confirmed the deal but declined to comment further.
Pippen has frequently modelled the brand’s clothing on her Instagram page, where she has more than one million followers. The Daily Mail was the first to report on her deal.
The lucrative gig comes after Pippen’s possible fallout with the Kardashian family.
This week, fans noticed that Kim, Kourtney, and Khloe Kardashian did not follow Pippen on social media. Kim’s husband Kanye West — who is in the throes of a bipolar episode, further fanned the flames when he tweeted and deleted “Larsa” with no context.
Pippen seemingly addressed the rumours, sharing the following statement on Instagram: “I woke up this morning blessed and see that everybody is focused on who I am following and who I am not following on social media. I am focused on my children, my new fitness brand Larsapippenfitness, and my relationships in real life.”
“Praying that everybody finds peace in their own lives and focus on what brings THEM happiness,” she added.
On Thursday, Page Six reported that Pippen and Kim are “not close friends.”
An insider told the outlet that Kim had never followed Pippen on Instagram, while Kourtney has not followed Pippen for some time now.
In the past, Pippen frequently attended Kardashian family parties, made appearances on ‘Keeping Up With the Kardashians’ and travelled the world with Kim and Kourtney.
However, it is unclear why the Kardashians have distanced themselves from Pippen. (ANI)

Signing of MoUs, contracts will give impetus to self-reliance in defence sector:…

University not an enclave where policing cannot reach: Delhi Police to HC over Jamia…

Ganja worth over Rs 10 lakh seized in Telangana’s district, 4 held

State of border linked to ties, expect China to work sincerely for total…

11 immigrants held after protest against deportations