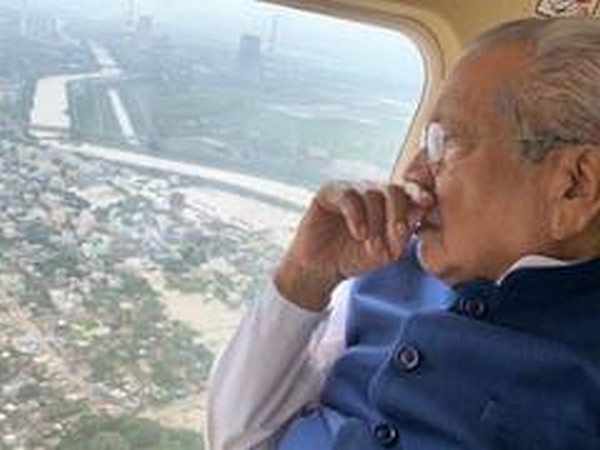 Vijayawada (Andhra Pradesh) [India], July 21 (ANI): Andhra Pradesh Governor Biswabhusan Harichandan on Tuesday advised the state health ministry officials to provide an online information system that can provide data on the availability of beds in various COVID-19-designated hospitals.
During the virtual COVID-19 review meeting, Governor Harichandan appreciated the untiring efforts of doctors, paramedical staff, sanitation workers and other front line warriors in the treatment of COVID-19 patients.
Speaking to the officials, the Governor advised them to provide an online information system that provides data on the availability of beds in various CCOVID-19 designated hospitals.
He also expressed his concern over the steep hike in the number of Coronavirus positive cases at an alarming rate 12 to 13 per cent, after the unlock period and made particular mention of the top five districts where more number of positive cases were being reported and enquired about the steps being taken to contain the spread of the virus in the five districts.
To this, Chief Secretary Nilam Sawhney said the reason for the surge in the number of positive cases is due to the movement of people from neighbouring states after the unlock was announced and said it was expected to come down by end of July.
KS Jawahar Reddy, Special Chief Secretary, Health & Family Welfare said, “All efforts are being made to bring down the number of positive cases to 5 per cent and in any case not exceeding 10 per cent and mortality rate to less than 1 per cent.”
The state government has put in place the process of testing, tracing, tracking, isolation and treatment on a large scale. Jawahar Reddy said the functioning of the testing labs is being streamlined to ensure that the result is given out within 24 hours, informed Reddy adding, “People can make a call to 104 Call centre and ask for undergoing test and also seek admission of COVID-19 positive patients.”
Reddy further said, “The state government is procuring 3.25 lakh rapid antigen test kits which can give out the result within 15-20 minutes and testing will also be ramped up to 35,000-40,000 per day.”
Jawahar Reddy added that the government has now made it compulsory for everyone to wear a mask in the public. He said the government has appointed 2,700 doctors and para-medical staff by holding a special COVID-19 recruitment drive.
The Chief Secretary said that a sufficient number of beds are available to cope up with the rise in the number of positive cases and expressed the hope that after two weeks, the state will see a decline in the number of COVID-19 positive cases.
Governor Harichandan also appreciated the efforts of the administration for conducting more number of tests per million population by ramping up test facilities through mobile testing vans. (ANI)

Discussions over availability of COVID-19 vaccines have begun: NITI Aayog

Steven Spielberg On ‘West Side Story’: “It’s Very Intimidating To Make A Masterpiece Through Different Eyes &…