Juventus have to ‘solve problem of these ups and downs’: Sarri after draw against Sassuolo 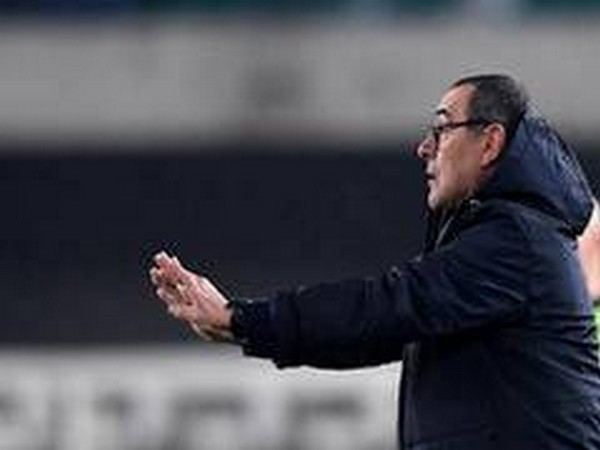 Reggio Emilia [Italy], July 16 (ANI): Juventus manager Maurizio Sarri said that his club has to ‘solve the problem of these ups and downs’ after his side was restricted to a draw by Sassuolo.
A six-goal thriller saw Juventus and Sassuolo take home one point each as their Serie A clash ended on a 3-3 draw here on Thursday.
“A coach demands continuity from his team and at this moment we struggle to maintain it, both from a physical and mental point of view: we had very good moments that alternated with difficult moments. It should also be said that we are facing teams that arrive in great shape, such as Atalanta and Sassuolo. We have to solve the problem of these ups and downs,” the club’s official website quoted Sarri as saying.
“At times we give the impression of having very high potential, and at other times we seem more vulnerable. After the 2-0, we should have kept Sassuolo in their half of the pitch by holding possession. We, on the other hand, wanted to tear too much, and we widened the spaces. Now we must not do calculations and think game by game,” he added.
Juventus was quick to gain a two-goal lead against Sassuolo after Danilo and Gonzalo Higuain netted in the fifth and 12th minutes respectively. Filip Duricic cut the deficit as he scored in the 29th minute and brought the scoreline to 2-1.
Soon after the beginning of the second half, Sassuolo displayed a dominating show and scored twice in quick succession which handed them a one-goal lead.
However, Alex Sandro levelled the score with his brilliant strike in the 64th minute.
Juventus hold the first spot on the Serie A table with 77 points while Sassuolo are on the eighth position with 47 points. (ANI)