Govt in advanced stage of negotiations with France, US, Germany for air bubble: Puri 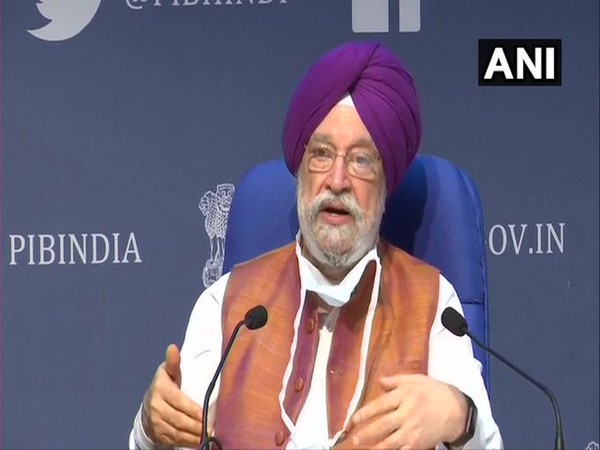 New Delhi [India], July 16 (ANI): Civil Aviation Minister Hardeep Singh Puri on Thursday said that the government is at a very advanced stage of negotiations with at least three countries – France, US and Germany – for air bubble in view of coronavirus pandemic.
“Till International Civil Aviation can reclaim pre-COVID situation in terms of numbers, I think the answer lies in this bilateral air bubbles which we can carry as many people as possible but under defined conditions, because many countries are still imposing entry restrictions like us,” Puri said at a press conference here.
“We are at a very advance stage of negotiations with at least three countries – France, US and Germany for air bubble. Air France will be operating 28 flights from Delhi, Mumbai and Bengaluru to Paris between July 18 to August 1,” he said.
“In case of the United States, we have an agreement with United Airlines to operate 18 flights between India and US between July 17 and July 31 but this is an interim one. We have a request from Germany also and an agreement with Lufthansa is almost done,” the minister added.
He said that normal civil aviation operations will depend on the behaviour of the virus.
As per the government’s protocol, every passenger who will travel from other countries to India need to go to seven-day quarantine.
Puri said that the government has brought back 687,467 citizens who were stranded abroad in the view of coronavirus-induced restrictions.
“Till July 15, 687,467 citizens have been repatriated. An operation was carried out to evacuate people from Kuwait in August 1990 and around 170,000 people were evacuated from Oman to Mumbai. Air India then entered Guinness Book of World Records. Today, we have repatriated 687,467 citizens so far and this figure increases day by day. We are adding 20,000 passengers every day. Very soon we will be over 10 lakh,” he said. (ANI)

Fight against COVID-19: All entry points to Meghalaya closed; only emergency services allowed