Good performance with some ‘moments of luck’ led to victory against Liverpool, believes Arteta 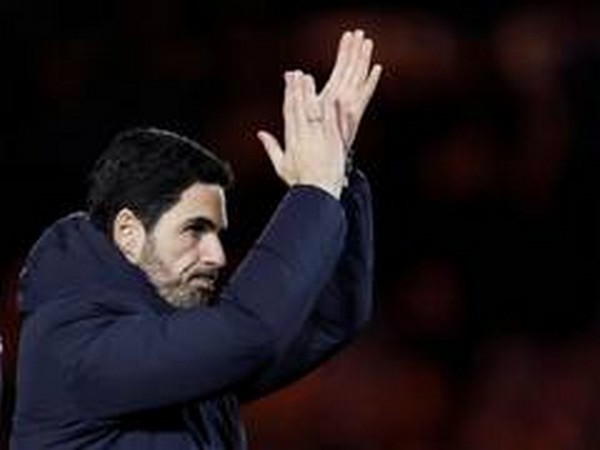 London [UK], July 16 (ANI): Arsenal manager Mikel Arteta believes that although his side did “terrific”, there were some “moments of luck” as well which contributed to the victory they secured against Liverpool.
“Unfortunately with the level of dominance, the way they control every aspect of the game, there are going to be little moments or big moments where you’re going to have to defend very close to your area and we knew that. We prepared for that and the boys were terrific. Sometimes we did it really well and sometimes we had moments of luck as well,” the club’s official website quoted Arteta as saying.
Arsenal secured a 2-1 win over Premier League champions, Liverpool, here on Thursday. The hosts displayed a sublime form following Liverpool’s early one-goal advantage as the Arteta-led side scored two brilliant goals to overturn the visitors’ lead.
Sadio Mane had scored the opening goal of the match in the 20th minute, putting Liverpool ahead of Arsenal. However, strikes from Alex Lacazette and Reiss Nelson put Arsenal in charge.
Arsenal’s both the goals came after Liverpool players made perilous mistakes. Virgil van Dijk’s mistake led to Arsenal’s first goal, scored by Lacazette, after which they were benefitted from Alisson Becker’s mistake. Liverpool’s goalkeeper played a pass straight to Lacazette, who found Nelson to slot home his first Premier League goal.
Liverpool has already sealed the Premier League title and currently have 93 points. Arsenal, on the other hand, holds the ninth place with 53 points. (ANI)

Delhi Dynamos-Subroto Cup U-18 side loses in Gothia Cup