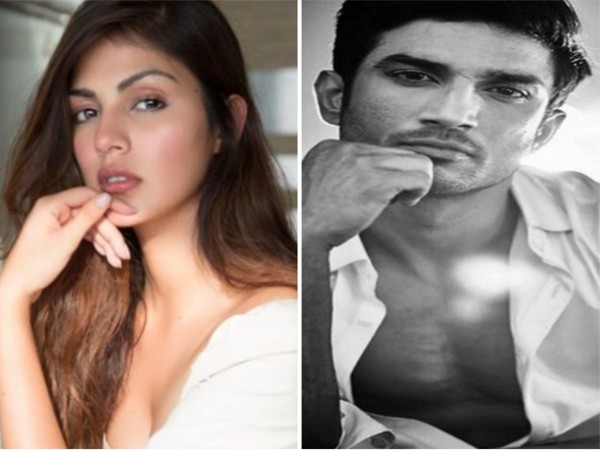 New Delhi [India], July 16 (ANI): Actor Rhea Chakraborty on Thursday made an appeal to Union Home Minister Amit Shah to initiate a Central Bureau of Investigation (CBI) probe into actor Sushant Singh Rajput’s suicide case.
Taking to social media, Chakraborty confirmed for the first time that she was the ‘Kai Po Che!’ actor’s girlfriend and requested a CBI inquiry only to “understand what pressures prompted Sushant to take this step.” 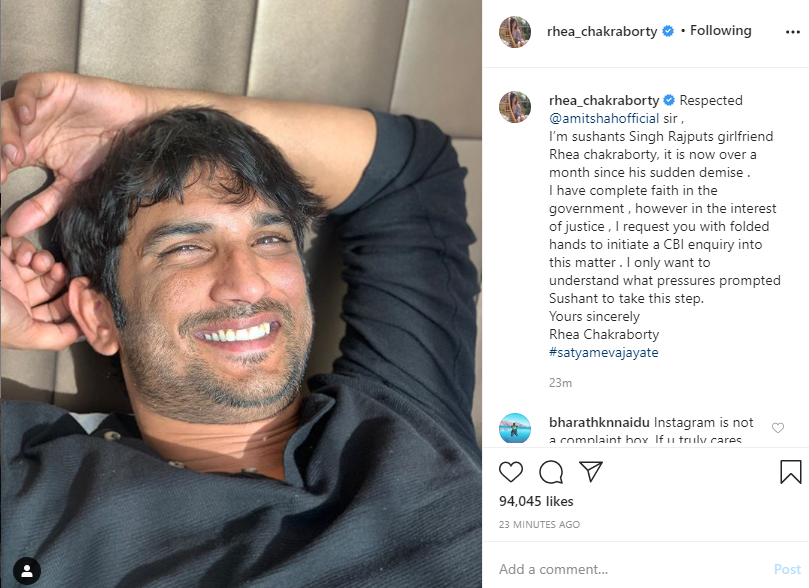 Along with a photo of Rajput, the 28-year-old actor wrote on Instagram, “Respected @amitshahofficial (Amit Shah) sir, I’m Sushant Singh Rajputs girlfriend Rhea Chakraborty, it is now over a month since his sudden demise. I have complete faith in the government, however, in the interest of justice, I request you with folded hands to initiate a CBI enquiry into this matter. I only want to understand what pressures prompted Sushant to take this step.Yours sincerely Rhea Chakraborty#satyamevajayate.”
Earlier in the day, Chakraborty also said that she has been receiving death and rape threats on social media as she had gone silent after Rajput’s sudden demise.
“I was called a gold digger ..I kept quiet. I was called a murderer ….I kept quiet. I was slut shamed ….I kept quiet. But how does my silence give you the right to tell me that you will get me RAPED and MURDERED if I don’t commit suicide,” the ‘Jalebi’ actor wrote on Instagram while sharing the screenshot of one such rape threat post. 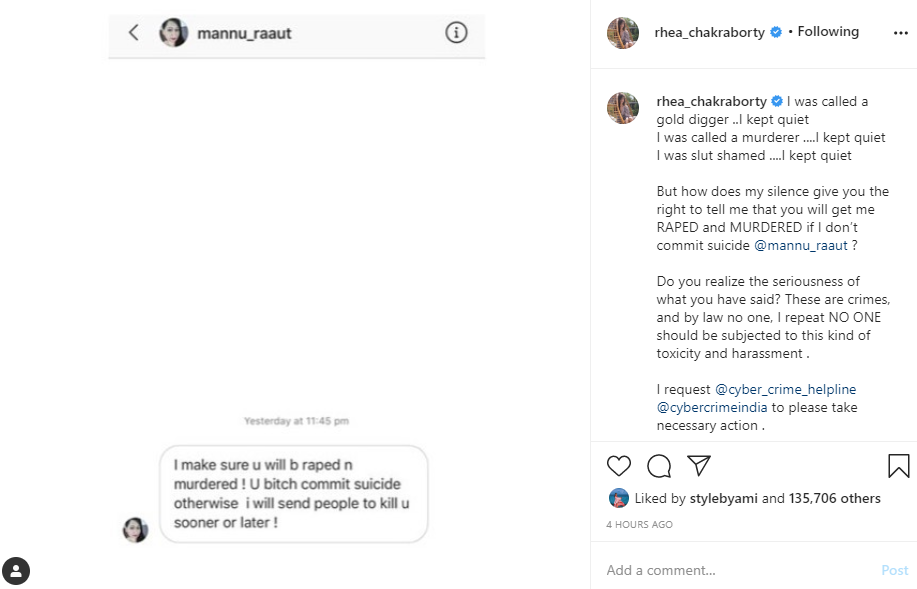 Rajput was found hanging in his Mumbai residence on June 14. Chakraborty and Rajput were set to share screen space in director Rumi Jaffery’s romcom. (ANI)

Wishes pour in for Katrina Kaif on 37th birthday

CAG clarifies none of its officials asked to go in quarantine