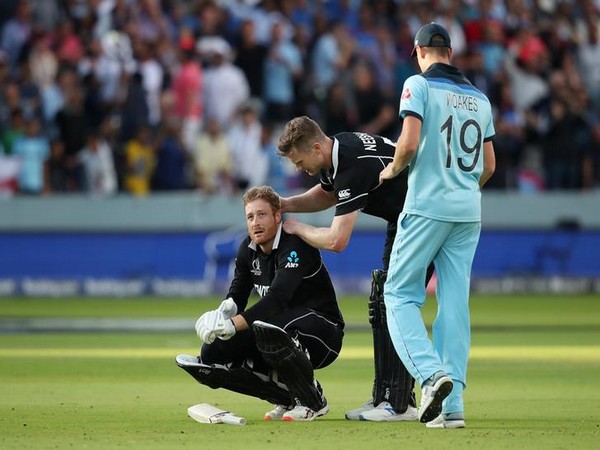 London [UK], July 13 (ANI): Recalling New Zealand’s World Cup 2019 final defeat against England, coach Gary Stead said although there’s a ‘wee bit of hurt from time to time’, he is ‘enormously proud’ of the way his team played in the tournament.
“I do think about it a bit, I think everyone has really different emotions around it. The thing that stands out for me is that it’s all a bit numb, really, in some ways but enormously proud of the way we played the whole tournament. As a Kiwi and as a supporter of the Blackcaps it was hard to be any more proud of the way they played and fought in that match,” ESPNcricinfo quoted Stead as saying.
“I think there’s a wee bit of hurt from time to time and I guess any Kiwi fan is probably very much in that same boat. There’s no bitterness at all, we understood the rules going into the match. It’s a hard one because there are some great emotions that came from that tournament as well, but unfortunately, it was just that final hurdle we didn’t cross. It’s something I’m sure will drive the players to keep wanting to get better every day,” he added.
On July 14 last year, England lifted the World Cup trophy after winning the final against New Zealand on boundary count.
Both the team had scored 241 runs in the allotted 50 overs which dragged the match into Super Over. However, Super Over also witnessed similar a result with both teams scoring 15 runs. After the Super Over tie, England was crowned as Champions based on boundary count.
Stead then said ‘sometimes it feels like 10 years ago sometimes it feels like one minute ago’.
“It’s gone pretty quick although a lot has happened in the world since then. We’ve certainly had some unsettling and difficult times. I think back, sometimes it feels like 10 years ago sometimes it feels like one minute ago. It’s certainly a match that evoked a lot of high and pretty good emotions around it if you take away that last ball or two,” he said. (ANI)

Jurgen Klopp feels clash against Arsenal will be different, interesting

Top Congress leaders including Rahul, Priyanka in touch with Pilot to resolve conflict

My father died penniless as his movies flopped: Farah Khan