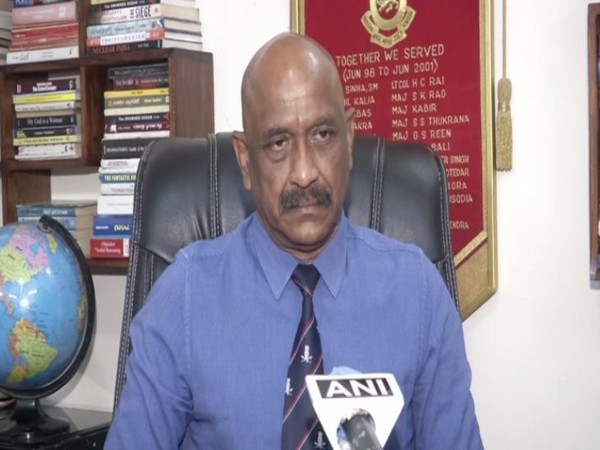 Greater Noida (Uttar Pradesh) [India], July 13 (ANI): As Pakistan has restored the bank accounts of the outlawed Jamaat-ud-Dawa (JuD) chief and the 2008 Mumbai terror attack mastermind Hafiz Saeed and his four top aides, Major General (Retd), KK Sinha, Defence Expert on Monday said that this shows how restricted are the hands of United Nations Security Council.
“It’s a very big development which has its own negative aspects and compulsions. Hafiz Saeed and other top leaders. Last year in the month of October these 5 terrorists had said that they are facing issues in looking after their families following which they had appealed to the United Nations Security Council’s review standing committee for getting pocket money,” said Sinha.
“Pakistan government approved it and recommended it in the month of October stating that these leaders should get money. In the month of May, Pakistan has already taken them out of the jail already. The AFTA has extended Pakistan’s duration. This shows how restricted and tied are the United Nations Security Council be it the matter of WHO or terror-funding,” he added
He continued saying, even the United States has announced a bounty of $ 10 million and this shows the two faces of the United Nations and Pakistan.
“If we get too dependant on it thinking that these kinds of organisations can be controlled by the help of AFT or Financial Access Taskforce so it’s never going to happen, we have to take direct actions at the national level,” he added.
Meanwhile, Gurmit Singh, another Defence Expert said, “These top five terrorists include the 26/11 mastermind. This is formal approval from the United Nations Sanctions Committee.”
“In fact, if you really look at it, they are enlisted terrorists from the UN point of view and it may be recalled that in October 2019, Pakistan had requested the UN Security Council Anti-Terror Committee to restore the bank accounts,” he added.
“This year in May Pakistan has set free all the terrorist operatives. It may be remembered that this head of JUD has got 23 FIRs against him for the terror financing, he is an enlisted terrorist. It’s very funny that Pakistan Government, Army, ISI continue to go on the track of terror as a strategy,” he added.
Pakistan has restored the bank accounts of the top five terrorists of defunct Jamaat-ud-Dawa (JUD) and Lashkar -e-Taiba (LeT), including its chief and Mumbai terror attack mastermind Hafiz Muhammad Saeed.
The restoration of bank accounts has taken place following formal approval of the Sanctions Committee of the United Nations Security Council (UNSC), The News reported on Saturday.
Abdul Salam Bhuttavi, Haji M Ashraf, Yahya Mujahid and Zafar Iqbal – all on the UN Security Council’s terrorists list ‘were the other members of the JuD and Lashkar-e-Taiba who got their bank accounts restored. (ANI)