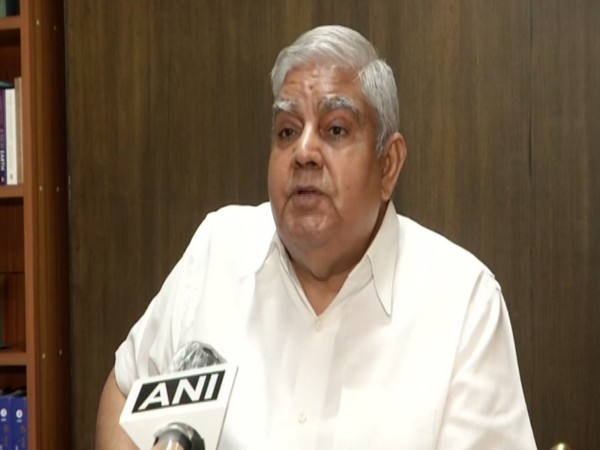 Kolkata (West Bengal) [India], July 13 (ANI): West Bengal Governor Jagdeep Dhankhar on Monday said that there is a need for a thorough probe in connection with the death of Debendra Nath Roy, BJP’s Hemtabad MLA, in order to unravel the truth about political violence.
Tagging West Bengal Chief Minister Mamata Banerjee, he tweeted, “Political violence and vendetta shows no signs of abating.”
“Death of Debendra Nath Roy, Hemtabad MLA-Uttar Dinajpur District, raises serious issues including allegations of murder. Need for a thorough impartial probe to unravel the truth and blunt political violence,” he added.
Body of Debendra Nath Roy, BJP MLA from Hemtabad, a reserved seat, in Uttar Dinajpur, was found hanging at his residence near Bindal village in West Bengal on Monday morning.
According to Raiganj Zila SP Sumit Kumar, the police reached the spot, after getting the information from local residents, and the body has been sent for post-mortem. The body was found at his residence. Further investigation is underway.
However, BJP West Bengal claimed that he was “killed and then hung”.
“Body of Shri Debendra Nath Ray, BJP MLA from Hemtabad, a reserved seat, in Uttar Dinajpur, was found hanging like this in Bindal, near his village home. People are of the clear opinion that he was first killed and then hung. His crime? He joined the BJP in 2019,” BJP Bengal’s tweet read. (ANI)

Koshy takes over as HI chief