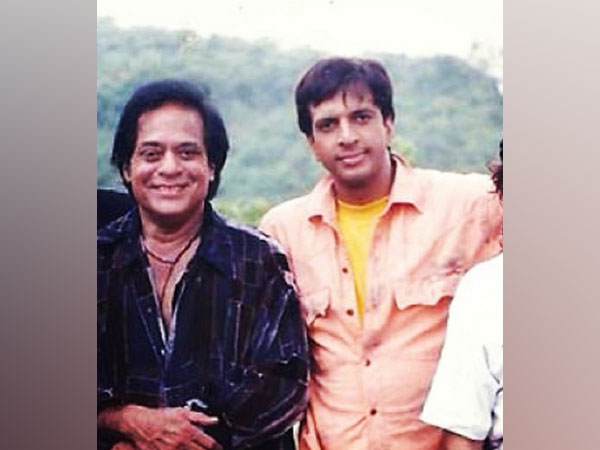 New Delhi [India], July 13 (ANI): Days after his father and legendary comic actor Jageep (originally Syed Ishtiaq Ahmed Jafri) passed away, actor, comedian Jaaved Jaaferi penned down an emotional note remembering ‘Soorma Bhopali.’
Jaaferi took to Twitter (longer) to thank his fellow Bollywood celebrities and fans who “shared the pain” of his father’s departure with him.
“My heartfelt thanks to all those who shared the pain of my father’s departure with so much love, appreciation, and regret. Itna pyaar..itni izzat..itni duaaein..?????? Yahi toh hai 70 saalon ki asli kamai,” he began the note.
He then threw light on his father’s struggle in life and his survival on Mumbai’s footpath at a very young age.
“From 10 to 81, all he breathed and lived was film[s]. After losing his father at 7 and losing everything else that existed of a good life after the partition, it was a head to head combat with poverty and survival on the footpaths of Mumbai. An 8 yr old with his mother thrown headfirst into the ocean,” he wrote.
“It was either sink or swim. So he swam. From working in small scale tin factories to making kites, selling soap, to walking behind a Maalishwala holding his canister of oil and shouting ‘Maalish, tel maalish’. At 10 years of age what destiny choose for him, as the light at the end of the tunnel, was cinema,” he added.
The famous comedian then outlined his father’s 70-year-long journey in the cinema industry which began with BR Chopra’s ‘Afsana’ film.
“The journey began with #BRChopra sahab’s first film ‘Afsana’ (shot in ’49 but released in 51)and as the adage goes ‘a journey of a thousand miles starts with a single step’, there was no looking back. His father figures and guides were the likes of Bimal Roy, Guru Dutt, Mehboob Khan, K Asif,” he wrote.
“From the most natural child actor I have witnessed in Hindi cinema to a sensitive leading man, to the craziest improv comedian with impeccable timing in later years, he never failed to entertain and amaze,” he added.
Jaaferi, a proud son, then shared how his father taught him the important life values, and gave him lessons on poverty.
“The word ‘legend’ is thrown around freely these days but in his case, it is so amply justified.
A father who taught me the values of life, the lessons of poverty, the importance of dedication and the finesse of craft, with innumerable stories of positivity and inspiration,” he wrote.
“Always smiling, with words of encouragement for all, and reminding me that true success is gauged by what one ‘is’ and not what one ‘has’, and by ‘what’ one knows and not ‘who’ one knows. What a man, what a journey,” he added.
Jaaferi dedicated the rest of the post to his father’s love for cinema and expressed how his feather loved the cinema.
“Hindustaan ke logon ko do cheezon se bohot lagaao hai, ek hai Ma, doosra, Cinema. Mere father ko bhi in donon se behad lagaao tha,” wrote Jaaferi.
He ended the note with a quote from his grandmother and late actor Jagdeep’s mother.
“I would like to end with his favourite couplet which his Maa quoted under dire straits and which he constantly used as a reminder – “Woh manzil kya, jo aasaani se teh ho; Woh raahi kya, jo thak kar baith jaaye.” Magar afsos zindagi kabhi kabhi thak kar baithne per majboor kar deti hai. Hausla bulund hota hai par jism saath nahi deta,” he wrote.
“To the man, I called ‘papa’ and who the world knew by his various avatars, SALAAM !!!
Aapka naam Sooorma Bhopali ayysaee naee tha,” he added.
The late Bollywood actor appeared in more than 400 films, however, his role as ‘Soorma Bhopali’ in the hit movie ‘Sholay’ made a huge imprint in the audience’s minds.
Started the acting career as a child artist, Jagdeep was also seen in movies like ‘Purana Mandir’ (1984), ‘Andaz Apna Apna’ (1994), and many more. (ANI)

Delhi: Fire breaks out at Daryaganj’s Mohalla clinic, one killed