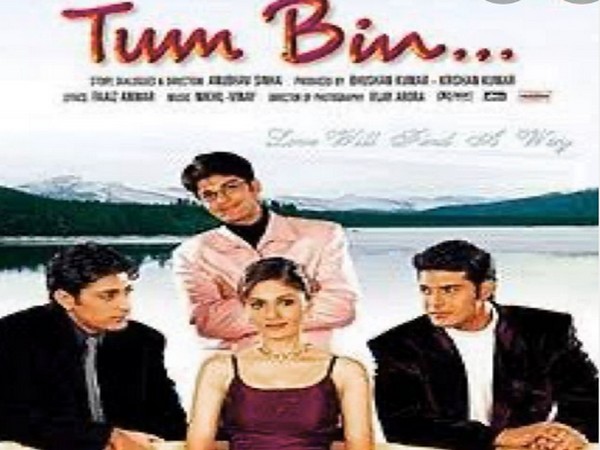 New Delhi [India], July 13 (ANI): As his superhit directorial debut ‘Tum Bin’ clocked in 19 years on Monday, filmmaker Anubhav Sinha expressed gratitude as his first film continues to be loved years after its release in 2001.
Sinha took to Instagram to share the poster of the film and complimented it with a short note about the movie.
“Some films run and some don’t. Very few live a very long life. I’m so grateful that my first film has been loved for 19 years and counting,” the ‘Article 15’ director wrote in the caption.
Thanking his team from the film, Sinha also recounted how today’s date, back in 2001, “changed everything” for him.
“This date 2001 it changed everything for me. Forever. Thank you Team. #TumBin,” his post further read.
Actor Taapsee Pannu also commented on the post with one of her favourite dialogues from the film. “Pata hai tumhe sahaare ki zaroorat nahi hai, main bas saath dene aaya hu. Haye,” the ‘Thappad’ actor commented.
The film that starred Priyanshu Chatterjee, Sandali Sinha, Himanshu Malik, Amrita Prakash, and Raquesh Vashishth continues to win millions of hearts with its heart-melting story.
A sequel to the film was also made by Sinha in 2017. (ANI)

No evidence that Naya Rivera made it to land: Ventura County Sherrif department on actor’s search operation