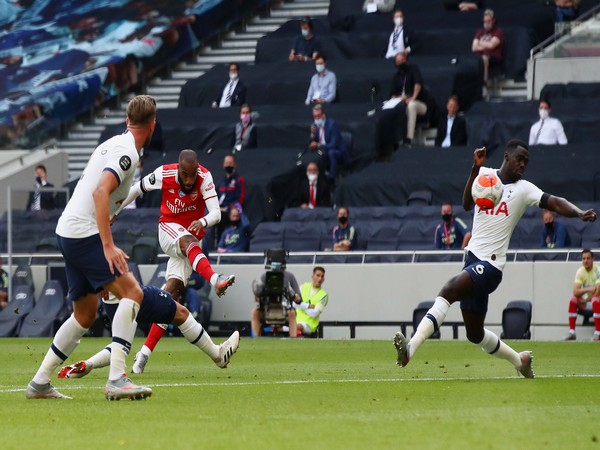 London [UK], July 13 (ANI): Arsenal’s Alexandre Lacazette expressed disappointment over defeat against Tottenham and said that small details can change a big game.
“Really disappointed because I think we could do better. We gave a lot today but as the coach said, with [small] details a big game can change. It happened today,” Arsenal’s official website quoted Lacazette as saying.
Arsenal faced a 2-1 defeat despite taking a lead through Lacazette’s brilliant strike in the 16th minute. Son Heung-min and Toby Alderweireld netted one goal each to help Tottenham take three points from the match here on Sunday.
Reflecting on his goal, Lacazette said it was a great goal but admitted it is nothing due to the defeat.
“It was a great goal but at the end we don’t win, so it’s nothing at the end,” he said.
Tottenham have now piped Arsenal to claim the eighth spot on the Premier League table with 52 points. (ANI)

Soy, wheat proteins helpful for building aging muscles, but not as potent as animal protein