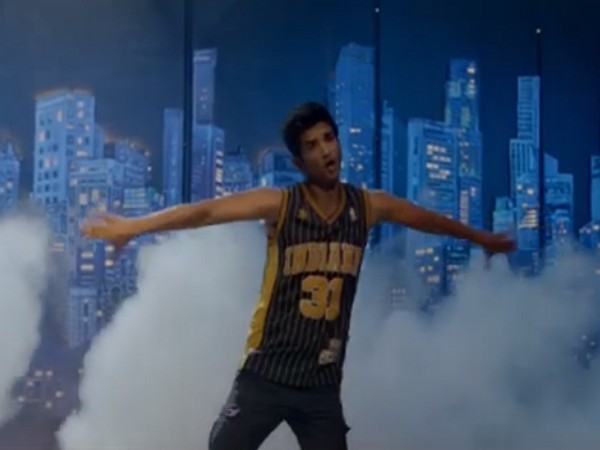 New Delhi [India], July 10 (ANI): Days after creating a buzz with its trailer, makers of late Bollywood actor Sushant Singh Rajput’s last film – ‘Dil Bechara’ – on Friday dropped a peppy title track of the film which features Rajput grooving.
The foot-tapping track, the first song to be released from the album, is based on ‘friend zone’ and unrequited love.
The song has been composed and sung by legendary musician AR Rahman on the lyrics of Amitabh Bhattacharya.
The video of the song has been set in in a college auditorium where Rajput is seen performing at the centre stage while his co-star for the film – Sanjana Sanghi – is seen seated with the audiences.
As the video begins, Rajput is seen setting the stage on fire with his dance moves and then he swiftly proceeds towards the audiences, takes Sanjana by her hand, and makes her dance with him.
In the rest of the video, a cheerful Rajput is seen making the audiences swing and cheer with him while he gives a power-packed performance.
Adapted from famous John Green novel ‘The Fault In Our Stars,’ and helmed by debutant director Mukesh Chhabra, the film is all set to release on Disney+ Hotstar on July 24. (ANI)

‘Commando 3’ is a big-budget film: Director…