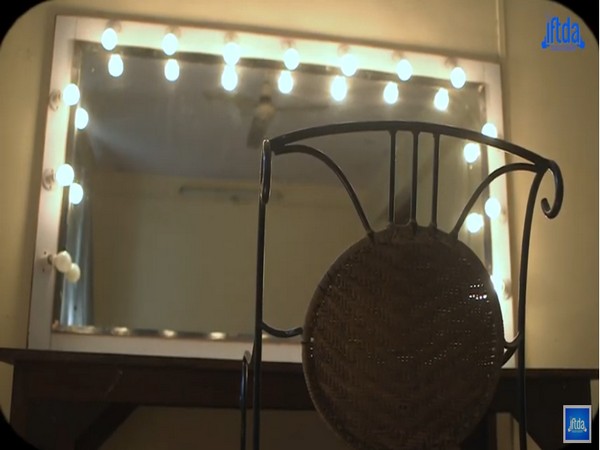 New Delhi [India], July 10 (ANI): Actor Anupam Kher on Friday shared ‘Hum Kalakaar Hain’ music video in an attempt to ooze positivity to all artists, whose work has been on pause since the outbreak of COVID-19.
Cinema is one of the sectors of the country that has been severely hit with the spread of the virus.
Many artists, technicians, and workers of the film and television industry have been deeply affected by the coronavirus crisis, which made the theatre doors go shut and brought a halt in the production.
Kher, shared the official music video on Twitter, on behalf of IFTDA (Indian Film and Television Director’s Association) and filmmaker Ashoke Pandit, who took the initiative of making ‘Hum Kalakaar Hain’. 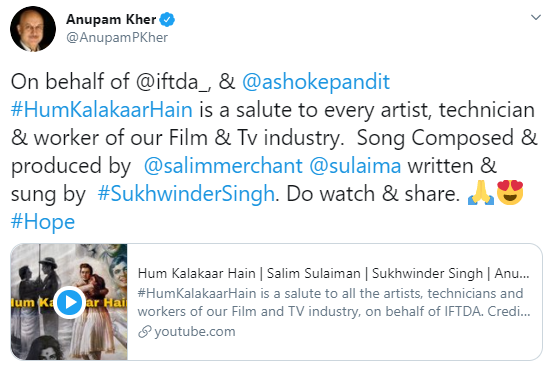 “On behalf of @iftda_, & @ashokepandit#HumKalakaarHain is a salute to every artist, technician and worker of our Film and TV industry. Song composed and produced by @[email protected] and sung by #SukhwinderSingh. Do watch and share,” the 65-year-old actor tweeted.
The 3.10 minute-long music video begins with the shot of the serene view of ‘the city of dream’ Mumbai while Kher in the background stresses that the city is of artists.
The video shows behind the scenes; exhibits the various roles played by the cast, technicians, and crew into the making of the content. The video also paid tribute to several renowned directors who have made massive contributions to the industry.
The song is an attempt to pump up the motivation and energy of every artist and remind them of their invaluable contribution to the television and film industry.
It calls for the rebuilding of the entertainment industry, which has gone silent since the COVID-19 outbreak in the country.
The song is composed and produced by the musical duo Salim and Sulaiman Merchant. Sukhwinder Singh has sung the song and penned its lyrics. (ANI)