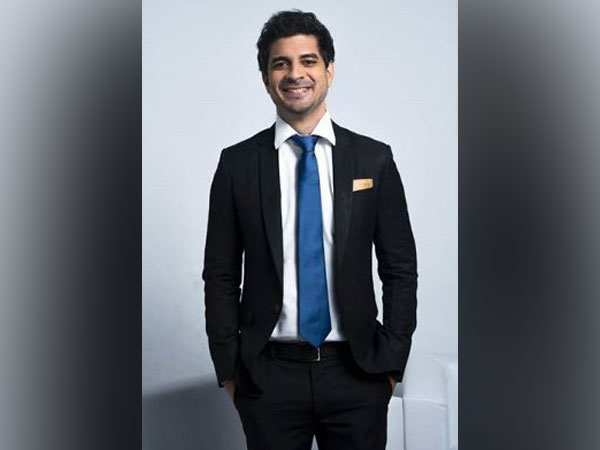 New Delhi [India], July 10 (ANI): Actor Tahir Raj Bhasin, who will be seen playing the role of former India batsman Sunil Gavaskar in the film ’83’, extended birthday wishes to the legendary cricketer as he turned 71 on Friday.
As the actor extended birthday wishes to Gavaskar, better known as ‘Sunny’ and ‘Little Master’, he also thanked him for inspiring generations of sportsmen and women of the country.
“I would like to wish him a very happy birthday, good health, great energy, and a lifetime of happiness. I would also like to thank him for the generations of sportsmen and women that his grit, commitment, and career has inspired,” Bhasin said.
Sharing his experience during the shoot of the movie, the 33-year-old star explained it was “incredibly encouraging and at the same time daunting to have Gavaskar on the sets of 83.”
The actor added, “He has an aura of ease and style that charmed everyone. Spending time with the master also helped me understand the mind of a champion sports star and how he fought against challenges. This is something that I have imbibed and continue to carry with me long after we wrapped the film’s shoot.”
Directed by Kabir Khan, the upcoming sports drama is all set to get a theatrical release this December. The movie was earlier slated to hit the theatres on April 10, however, due to the ongoing coronavirus crises, the release date of the movie has been pushed forward.
Talking about the development in the release dates, Bhasin said, “Public health and safety has to be the first priority in our new world and I’m elated that once the dust settles and adequate safety norms are put in place the audience will finally watch the film in theatres.
“The sense of nostalgia and uncompromising scale on which 83 has been envisioned is what drew me to this exciting project. Viewing the film as a community is what will give people a sense of being in a real stadium and this will enhance their experience,” he added.
’83’ stars Ranveer Singh as ace cricketer Kapil Dev, and Deepika Padukone in the lead opposite to Singh.
Other names in the team include Saqib Saleem, Addinath M Kothare, Chirag Patil, Harrdy Sandhu, Ammy Virk, Jatin Sarna, Sahil Khattar, R Badree, Dinker Sharma, Dhairya Karwa and Nishnat Dahhiya.
Tahir Raj Bhasin made his debut in ‘Mardaani’, alongside Rani Mukerji and proved that he goes into the skin of his character and brings the best out of him. (ANI)