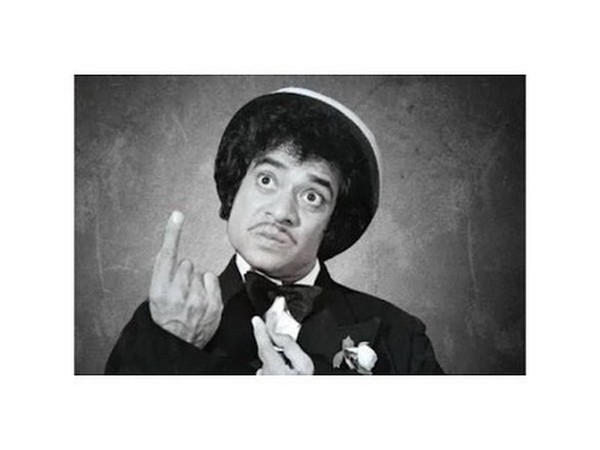 New Delhi [India], July 9 (ANI): Several Bollywood celebrities expressed sorrow over the demise of veteran Bollywood actor Jagdeep who breathed his last on Wednesday.
Veteran poet and lyricist Javed Akhtar took to Twitter to condole the demise of ‘Soorma Bhopali’ of famous classic ‘Sholay.’
“Jagdeep saheb had first appeared on the screen as a winsome child Artiste in films like Do bigha Zameen. As a young man, he played highly emotional n dramatic roles in films like Bhabi, patang. Comedy was his second successful inning. Great talent, underused. Goodbye sir,” he tweeted.
Akhtar’s actor wife Shabana Azmi too mourned the demise of the late actor and said, “Deepest condolences to @jaavedjaaferi @NavedJafri_BOO and the entire family on the passing away of #JagdeepSahab.”
Akhtar’s actor-director son Farhan Akhtar also mourned the loss of the comic actor.
“RIP Jagdeep Sahab .. thank you for the years of entertainment and laughs. Deepest condolences to Javed, Naved & the family,” tweeted Akhtar.
Actor Shilpa Shetty who shared the screen space with the late legendary actor in the film ‘Rishtey’ took to Instagram to mourn his demise with a still from the film featuring her and the late actor.
“Extremely saddened by the news of Jagdeep ji’s demise. I had the good fortune to share screen space with him in Rishtey, such wonderful comic timing, in his inimitable style and an even more wonderful human being,” she wrote in the caption.
“Heartfelt condolences to @meezaanj, @jaavedjaaferi @navedjafri_boo & the entire family. Sending love, prayers, & strength to cope with this difficult loss #RIPJagdeepJi,” she added.
Lauding Jagdeep’s on-screen work, Dhak Dhak girl Madhuri Dixit Nene extended condolences to the family of the late actor.
“Jagdeep sahab was an actor par excellence & his on-screen presence is unmatched. He was a gentle soul and he told us lovely stories of the black & white era. Thank you for the decades of laughter & entertainment. My heartfelt condolences to Jaaved & your family. #RIPJagdeepJi,” tweeted Madhuri.
Actor Bhumi Pednekar posted a picture of the late actor on Twitter and wrote, “RIP sir. You’ve left behind such beautiful and memorable characters…Thank you for all the entertainment.”
Extending condolences to Jagdeep’s family, filmmaker Farah Khan tweeted, “My deepest condolences to @jaavedjaaferi @NavedJafri_BOO n the entire family on the passing away of #JagdeepSir.”
The late Bollywood actor appeared in more than 400 films, however, his roles as ‘Soorma Bhopali’ in the hit movie ‘Sholay’ made a huge imprint in the audience’s minds.
Started the acting career as a child artist, Jagdeep was also seen in movies like ‘Purana Mandir’ (1984), ‘Andaz Apna Apna’ (1994), and many more. (ANI)

2 held for circulating inflammatory posts on WhatsApp in UP