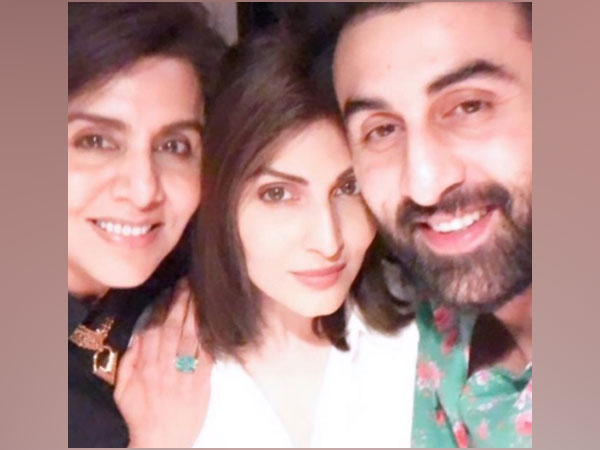 New Delhi [India], July 8 (ANI): Veteran actor Neetu Kapoor’s daughter Riddhima Kapoor Sahni flooded Instagram with several pictures of herself with her superstar mother as she turned 62 on Wednesday.
Riddhima, who flew to Mumbai from Delhi earlier this year following her superstar father Rishi Kapoor’s demise, made sure that her mother enjoys her birthday to the fullest.
She marked her mother’s birthday eve with a scrumptious dinner as she posted a picture of herself and Neetu from dinner time.
She also posted a picture of herself and her star brother Ranbir Kapoor having a great time with their mother.
“Happiest bday my Iron Lady I love you so much Ma,” she wrote in the caption.
Besides the Instagram posts, Ridhima had also shared several pictures of Neetu posing around the birthday decorations that her children had set for her.(ANI)