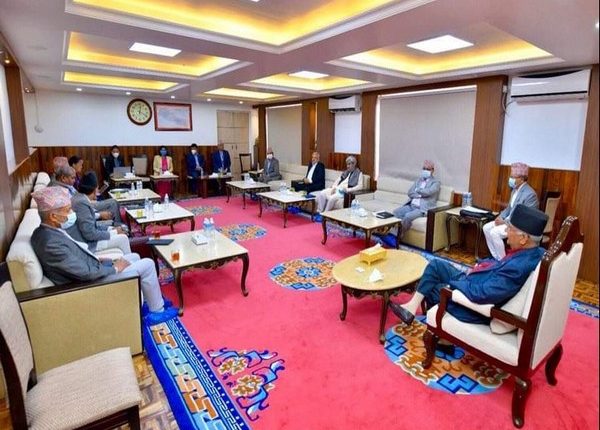 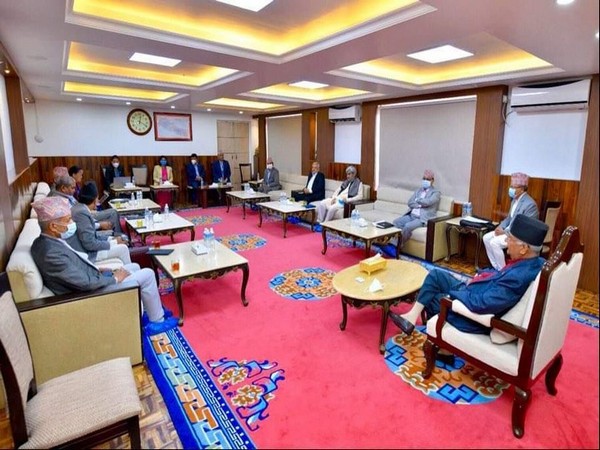 Kathmandu [Nepal], July 4 (ANI): A meeting of Nepal’s ruling party’s standing committee, scheduled for Saturday, has been postponed until Monday after the party’s officials sought time for further discussion to reach a deal on saving the party unity.
“The standing committee meeting has been postponed until 11 am Monday as both the chairs needed time for further discussions,” Bishnu Sapkota Dahal’s press advisor, was quoted as saying by Kathmandu Post.
After talks between Prime Minister KP Sharma Oli and Pushpa Kamala Dahal on Friday failed, both had agreed to sit again on Saturday morning ahead of the standing committee meeting.
According to leaders, time has yet to be fixed for a meeting between the two chairs.
The Nepal Communist Party is on the verge of a split with the Oli and Dahal factions hardening their positions.
The Dahal faction, backed by senior leaders including Madhav Nepal and Jhalanath Khanal, has been demanding that Oli step down both as party chair and prime minister. Oli, however, has refused to budge.
During their Friday talks, which lasted around three hours, Dahal had reiterated his position that Oli should step down but the latter refused, saying he was open to discuss any other issue, except for his resignation.
After Oli prorogued the House on Thursday, indicating that he could even split the party by introducing an ordinance, the Dahal faction had come under pressure.
The Standing Committee, where a majority of members had demanded Oli’s resignation both as party chair and prime minister, has been affected since then.
Talks on Friday between Oli and Dahal failed over whether to follow the May 16, 2018 gentleman’s agreement or November 20, 2019 understanding reached between them.
In May 2018, when Oli and Dahal announced formation of the Nepal Communist Party, they had reached a gentleman’s agreement to lead the government in turn-two and a half years each.
But the November 2019 agreement has it that Oli would lead the government for the full five-year term and Dahal would run the party as “executive chairman”.
Dahal has maintained that Oli failed to uphold the spirit of the November 2019 agreement, hence he should abide by the May 2018 gentleman’s agreement, making way for him to lead the government.
Both the chairs are now under pressure to make concessions and save the party from split.
Insiders say that the only thing that can save party unity now is a broader understanding between Oli and Dahal, which will entail the former making a concession. (ANI)