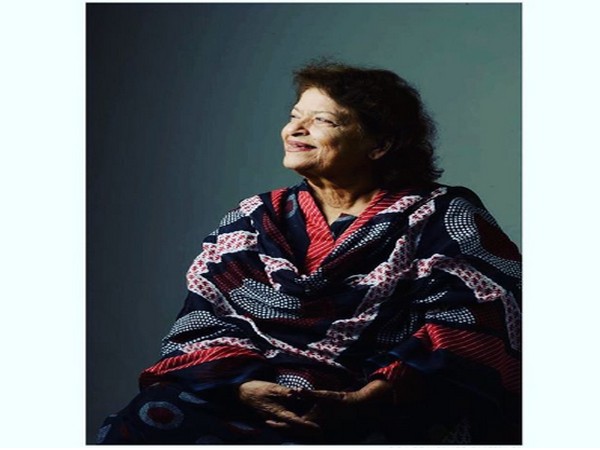 New Delhi [India], July 3 (ANI): Several Bollywood celebrities expressed sorrow over the demise of Bollywood’s legendary choreographer Saroj Khan after she passed away on Friday.
Bollywood celebrities like Sushmita Sen, Shraddha Kapoor, Vicky Kaushal, and others mourned the demise of the ace choreographer on social media.
Actor Sushmita Sen posted a picture of the departed choreographer on Instagram and captioned it with a quote on dance. “”When life gives you the chance to sit it out or dance…you dance” Rest in Peace Saroj ji #EndOfAnEra #Guru #Pronam #DuggaDugga I love you,” Sen wrote in caption.
Shraddha Kapoor too posted a picture of the ace dancer on Instagram and penned down a long note on how Saroj Khan was the first woman who became a chief choreographer in the Indian film industry.
“Sarojji was the first woman to become a chief choreographer in the Indian film industry! I used to dance to so many of her choreographed songs while growing up; trying to match and mimic her choreography that was simply iconic and amazing,” Kapoor wrote in the caption.
“Sarojjis master craft and magic will live on in our hearts always. Wishing love and strength to her loved ones and fans,” she added.
Janhvi Kapoor, on the other hand, posted a picture of herself with Khan and wrote, “Can’t thank my stars enough for getting the chance to learn from you. I always cherished every moment I spent in the class room with you but now even more.”
“You are truly special, truly a legend for what you’ve given our cinema through your dance. We’ll miss you Sarojji,” she added.
Actor Vicky Kaushal posted a picture of himself with the late choreographer from an award function and wrote, “#RIPSarojJi.”
Others who expressed sorrow over the demise of the legendary dancer are actors Kartik Aaryan, Kareena Kapoor, Karisma Kapoor, Madhuri Dixit among others.
Khan, who was earlier admitted to a hospital in Mumbai last month for breathing issues, passed away on Friday. She was 71.
She died due to a cardiac arrest in the ICU of Mumbai’s Guru Nanak Hospital, where she was admitted on June 20.
The last rites of Saroj Khan will be performed at Malvani in Malad, Mumbai today. (ANI)

Diana Penty to be showstopper for Punit Balana at LFW