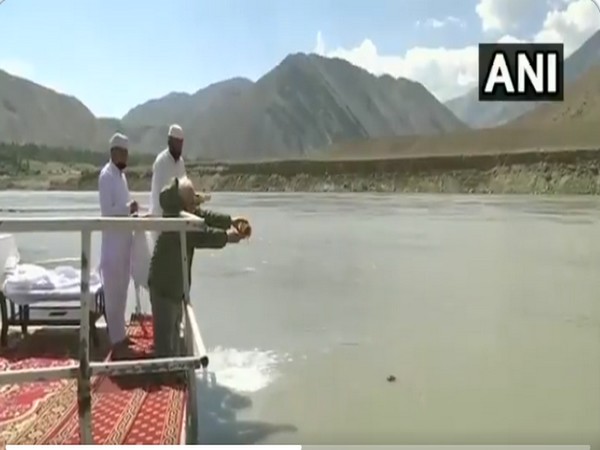 Leh (Ladakh) [India], July 4 (ANI): During a day-long whirlwind visit to the Union Territory, Prime Minister Narendra Modi on Friday performed Sindhu Darshan puja at Nimu, the forward brigade place in Ladakh.
The PM also paid homage to the martyrs at the War Memorial’s Hall of Fame in Leh. He later proceeded to Army General Hospital to interact with the injured soldiers in Galwan face-off.
Notably, the Sindhu Darshan festival is celebrated along the banks of the river Sindhu in the UT every year on the full moon day.
Celebrated over three days, this festival aims at projecting Indus (or Sindhu) as a symbol of India’s unity, peaceful coexistence and communal harmony and is also a symbolic salute to brave soldiers of the country. (ANI)

PM extends greetings to all on Ashadha Poornima