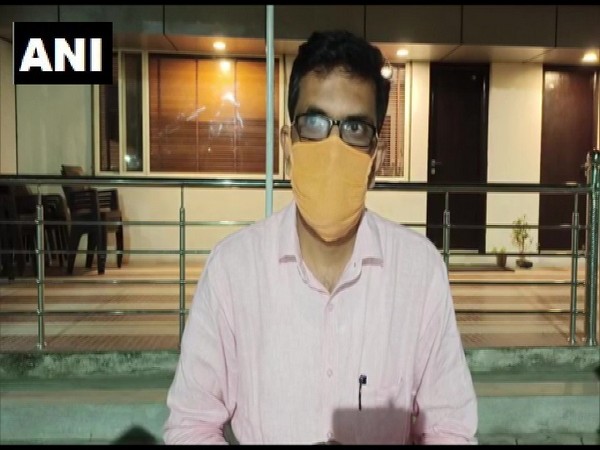 Kanpur (Uttar Pradesh) [India], June 30 (ANI): Swarms of locusts were seen in Ganga barrage and surrounding areas of Uttar Pradesh’s Kanpur.
District Magistrate Brahmadev Ram Tiwari said that an alert is being issued in this regard.
“According to the wind speed, the locusts can enter Kanpur. In view of this, an alert is being issued that all the people should follow the instructions of the government authorities and administration to save themselves from locust attack,” Tiwari said.
“Police administration, health department and agriculture department are on alert. The fire brigade is also on alert,” he added.
The desert locust is a species of locust, a swarming short-horned grasshopper. They are known to devour everything in their path, posing an unprecedented threat to food supply and livelihoods of millions of people.
According to the information given by the Ministry of Agriculture, all the groups of locust swarms are being tracked by teams of the state agriculture departments of Rajasthan, Haryana and Uttar Pradesh, local administrations and officials of the Central Locust Warning Organisation, and control operations are underway. (ANI)

WB: Fire breaks out at furniture warehouse in Asansol, no casualties reported

Earthquake of 4.0 magnitude recorded near Katra in J-K

India-Australia series the most watched