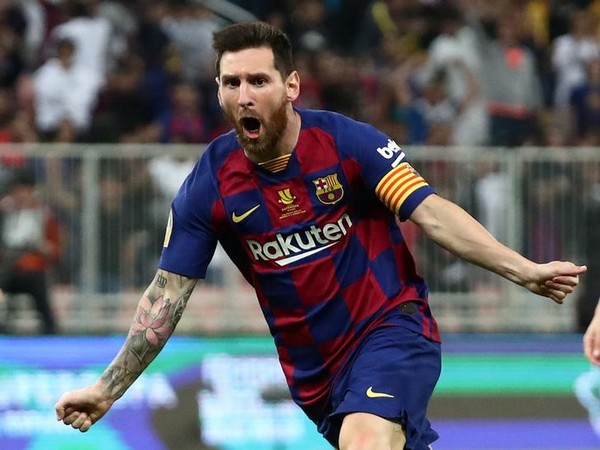 Barcelona [Spain], July 1 (ANI): Barcelona’s Lionel Messi on Wednesday scored his 700th career goal during the La Liga match against Atletico Madrid.
Messi reached the milestone after scoring through a penalty in the 50th minute of the match.
“Leo Messi’s penalty against Atletico Madrid was the 700th of his professional career -630 for Barca and 70 for Argentina, including official and friendly games. Counting friendlies for Barca too, he has 735 goals,” Barcelona said in a statement.
Messi’s first goal came on May 1, 2005, at the Camp Nou against Albacete.
Barcelona was restricted to a 2-2 draw by Atletico Madrid during their clash. With this draw, Barcelona failed to pip Real Madrid to reclaim their top spot on the La Liga table.
Barcelona now has 70 points, one point behind the table toppers, while Atletico Madrid holds the third spot with 59 points. (ANI)