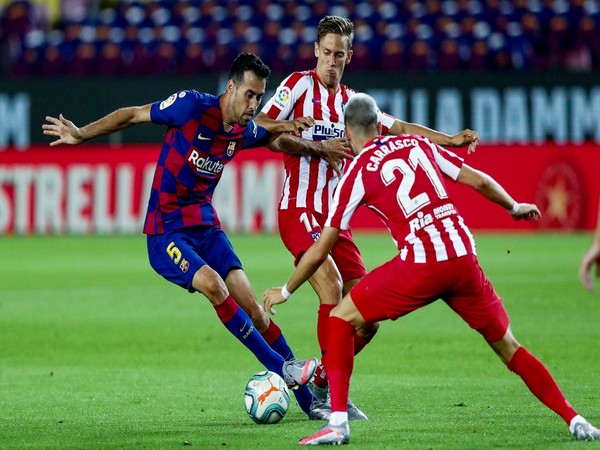 Barcelona [Spain], July 1 (ANI): Barcelona played out a 2-2 draw against Atletico Madrid in the ongoing La Liga here on Wednesday.
The match started at a furious pace with Barcelona taking a 1-0 lead after Diego Costa scored an own goal in the 11th minute. However, the lead only lasted eight minutes as Saul Niguez successfully converted a penalty to level the scores.
The second half barely began and Barcelona was awarded a penalty. Lionel Messi took the charge and made no mistake to put Barcelona ahead of Atletico Madrid.
However, Atletico Madrid again scored an equalizer and it came from the third penalty of the match. Niguez took the second penalty and brought the scoreline to 2-2 in the 62nd minute.
With this draw, Barcelona failed to pip Real Madrid to reclaim their top spot on the La Liga table. Barcelona now has 70 points, one point behind the table toppers, while Atletico Madrid holds the third spot with 59 points. (ANI)

More than 12.7 lakh people vaccinated within a week of rollout of immunization drive

11th round of talks between farmers, govt breaks down, no date fixed for next…

Asked states to take appropriate steps: MEA on reports of planned protests outside…

Rakitic to stay in Croatia despite attack on his house