Haryana Govt may not conduct Panchyat elections due to COVID-19: Dushyant 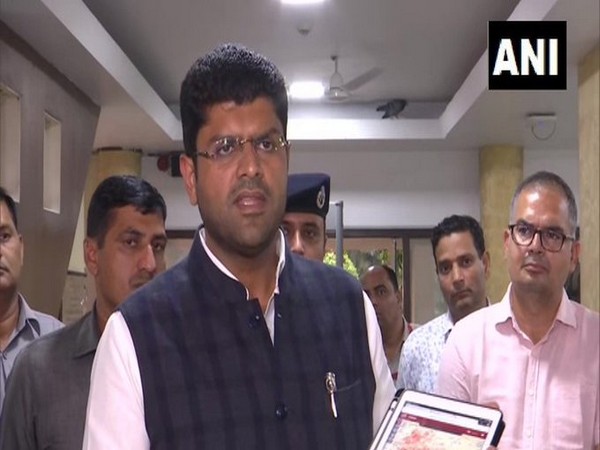 Chandigarh (Haryana) [India], July 1 (ANI): Haryana Deputy Chief Minister Dushyant Chautala on Tuesday said that due to Coronavirus, there is no plan to conduct Gram Panchayat elections in the State at present and may consider conducting polls in January-February next year.
Looking at the current situation, Chautala said, “Due to the on-going Corona Pandemic, for now, there is no plan to conduct Gram Panchayat elections in Haryana. State Government may consider conducting Gram Panchayat elections in the month of January-February in the year 2021 after the completion of five-year tenure of present Gram Panchayat, provided that COVID-19 situation is under control.”
The Deputy Chief Minister said that till the upcoming Panchayat elections are held, till then the old Gram Panchayats will continue to function and sarpanches will also continue to work without any hindrance.
” Till panchayat elections are held, the old panchayats will continue to execute their works in the State. There will be no obstruction in the workings of Sarpanches, he added.
Chautala said, “As per the amended Panchayati Raj Act, 2020, five-year tenure of Gram Panchayats in the State will start from the day when State Election Commission will issue a notification of the formation of newly elected Panchayat, which means that entire Panchayat along with Sarpanch and Panches will continue to function till the day the announcement for the upcoming Gram Panchayat elections is made.”
He said, “Before the completion of five-year tenure from the date of notification of the formation of Panchayat, neither the charge would be taken back from Sarpanches, nor the Panchayats will get dissolved.”
While putting a stop on the ongoing discussions regarding e-tendering in Panchayat works, Chautala clarified that no such orders have been issued by the Panchayat Department. Among the 11 portfolios, the Minister also holds the portfolio of Development and Panchayat Department.
On the issues pertaining to directions issued by some officials for e-tendering for carrying out the developmental work of Panchayats, Chautala said that no such directions have been issued by Panchayat Department for carrying out any development work in the Gram Panchayats.
“Like the previous system, Gram Panchayats are authorized to carry out developmental works up to Rs. 20 lakh without any e-tendering,” he added. (ANI)