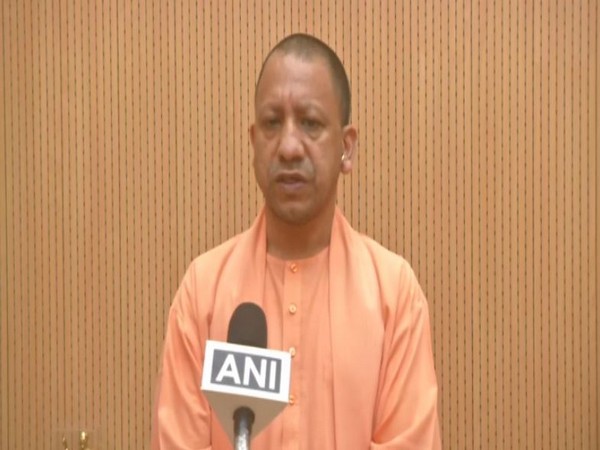 Lucknow (Uttar Pradesh) [India], June 30 (ANI): Uttar Pradesh Chief Minister Yogi Adityanath on Tuesday expressed gratitude towards Prime Minister Narendra Modi for extending free ration scheme for the poor till November.
“The pro-poor announcements were very important. Money was deposited in the Jan Dhan accounts of 20 crore women. A package for the MSME sector was also announced. We are thankful to Prime Minister Narendra Modi for his announcement to provide free wheat, rice and pulses to poor people. The Prime Minister’s timely decision has saved our country from corona danger. The death rate in India is much lower than in other countries,” Adityanath told ANI.
“The other decisions taken by Prime Minister Modi with respect to Unlock 2.0 is remarkable. He has been guiding the nation in the right direction. The announcements made by him are very important. The precautions which were taken during the four phases of lockdown should also be taken during the Unlock phase. The precautions are needed to be taken to break the chain of corona,” he added.
Earlier today, Prime Minister Modi announced that his government will extend till the end of November, the Pradhan Mantri Garib Kalyan Ann Yojana, under which foodgrains are being provided to the poor and needy.
“The scheme will provide 80 crore people with free grains, will now be applicable in July, August, September, October and November too. The government, during these five months, will give each family member 5-kilogram wheat or 5-kilogram rice free of cost, apart from this each family will get free one kg of chana (chickpeas) too every month,” he said.
The Prime Minister further said that the extension of this scheme will require an additional expense of Rs 90,000 crore. (ANI)

Manmohan Singh immune as PM, not as FM: US court

Now book a trip on Baxi with MobiKwik