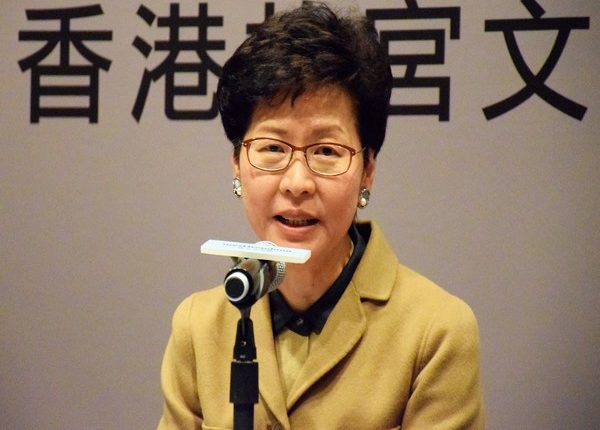 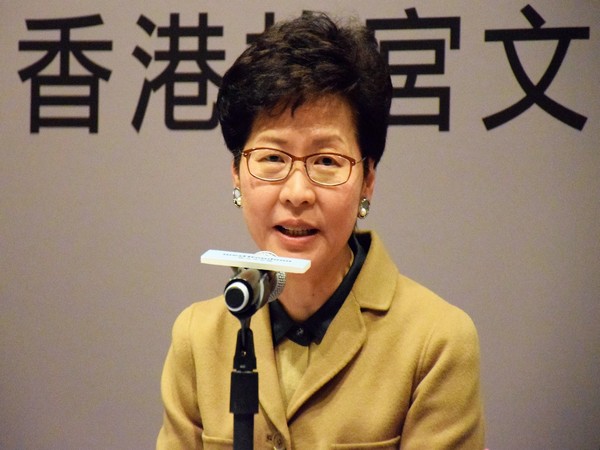 Hong Kong, June 30 (ANI): Hong Kong’s top official Carrie Lam on Tuesday said that the national security law will target only an “extremely small minority of illegal and criminal acts and activities” and assured that it will rather make the territory safer for most residents.
The Chinese legislature approved the law a day before July 1, the politically charged anniversary of Hong Kong’s handover to China in 1997 which regularly draws pro-democracy protests, signaled the urgency that the Beijing has given to expanding control in Hong Kong after the territory was convulsed by pro-democracy protests last year, The New York Times reported.
On the anniversary last year, a massive peaceful demonstration gave way to violence when a small group of activists broke into the Hong Kong legislature, smashing glass walls and spray-painting slogans on walls.
The details of the law had not been disclosed as of Tuesday afternoon. Tam Yiu-chung, Hong Kong’s representative to the top legislative body in China that reviewed the law, confirmed its passage on Tuesday.
The security law was approved by the National People’s Congress Standing Committee, an elite arm of China’s party-controlled legislature. Breaking from normal procedure, the committee did not release a draft of the law for public comment which further raised concerns of Hong Kong’s activists, legal scholars and officials.
The law calls for Hong Kong’s government to establish a new agency to oversee enforcement of the new rules.
On Tuesday, a few dozen pro-Beijing supporters wearing white shirts and blue caps gathered in a park to celebrate the passage of the law. They celebrated by waving large Chinese flags as they uncorked bottles of sparkling wine and drank from plastic cups.
In a video message to the Human Rights Council of the United Nations, Lam said: “I urge the international community to respect our country’s right to safeguard national security, and Hong Kong people’s aspirations for stability and harmony.”
In addition, Lam also accused foreign governments and politicians, who had raised objections to the legislation, of double standards. (ANI)

When, how will you evict Chinese troops from Ladakh? Rahul Gandhi asks PM Modi

Billie Eilish opens up about relationship with faith,…