Barcelona moving further away from title: Setien concerned after draw against Atletico Madrid 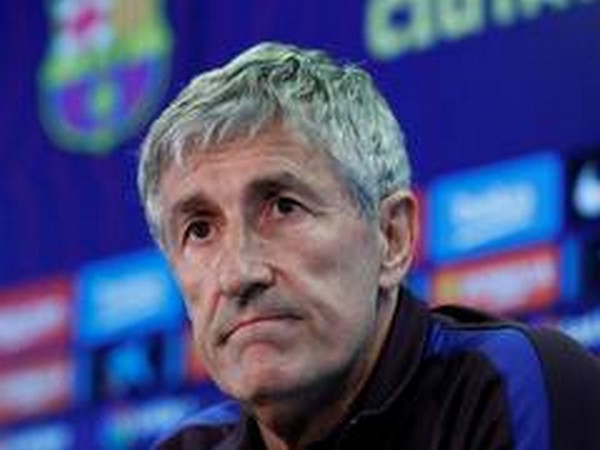 Barcelona [Spain], July 1 (ANI): After Barcelona were restricted to a 2-2 draw by Atletico Madrid, manager Quique Setien expressed concerns saying that they are “moving further away from the title”.
Barcelona witnessing a draw means they failed to pip table-toppers Real Madrid, who are one point ahead of the Setien-led side.
“It’s not easy against this team. They’re disciplined. I’m quite happy with my players’ work,” Goal.com quoted Setien as saying.
“I don’t feel at all under threat. It’s a shame. We’re having more and more difficulties. Leaving these points behind means we’re moving further away from the title. But we have to keep working and Atletico are a good team,” he added.
During the match, Lionel Messi reached a new milestone as he scored his 700th career goal.
“Leo Messi’s penalty against Atletico Madrid was the 700th of his professional career -630 for Barca and 70 for Argentina, including official and friendly games. Counting friendlies for Barca too, he has 735 goals,” Barcelona said in a statement.
Reflecting on Messi’s achievement, Setien said, “I suppose that another 700 goals will not be scored by Leo, but he will continue to score. You don’t know what the ceiling is for a player of this type.” (ANI)