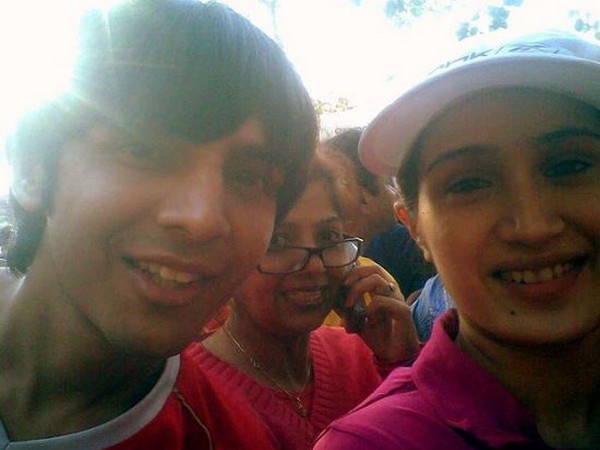 Mumbai (Maharashtra) [India], June 29 (ANI): Actor Kartik Aaryan on Monday treated his fans with a throwback picture that showcased the actor with ‘Chak De’ star Sagarika Ghatge as he ‘jumped barricades to take a pic’ with her.
The ‘Pati Patni Sur Woh’ star put out a post on Instagram the captured a moment between Kartik and Ghatge. The picture is caught amid the 2008 Mumbai marathon when he met actor Sagarika and managed to click a selfie with her. In the photograph, Kartik looks unrecognisable with his long, shaggy hair, as he flashes a smile for the camera, on the other hand, Sagarika is seen in a white cap, smiling for a picture with her fan, Kartik.
Along with the picture, the Love Aaj Kal’ star noted, 2008 Mumbai Marathon! I jumped barricades to take a pic with Preeti Sabharwal #sagarikaghatge and also told her ‘Shah Rukh Khan ko mera Hi bolna’ @iamsrk sir did she convey my message?” (as the actor tagged Shah Rukh Khan in the picture).
Shah Rukh and Sagarika worked together in 2017 sports-drama ‘Chak De.’
With the picture hitting Instagram, fans and celebrity followers including Arjun Kapoor flooded the post with more than 8 lakh likes.
Bhoomi Pednekar also chimed in the comment section, writing, “So cute.” (along with a red heart emoji)
Lately, Kartik has been updating his fans by posting pictures and videos on the social media platforms.
Earlier, Kartik Aaryan shared an adorable picture with his pets and took a stand against the controversial dog meat festival in Yulin city of Guangxi Zhuang, an autonomous region in mainland China. (ANI)

Iran issues arrest warrant for Trump, 35 others in relation to Qasem Soleimani’s death

Setting up of ventilator bed, posting of doctors, nurses at…