Playing away at Genoa will be difficult: Maurizio Sarri 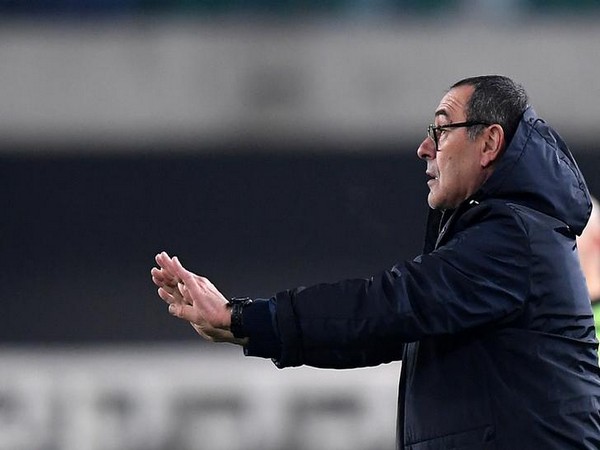 Turin [Italy], June 30 (ANI): Ahead of the clash against Genoa, Juventus manager Maurizio Sarri admitted that their opponents have always “done well in home games and the upcoming match will be “difficult” for his side.
“Playing away at Genoa is difficult for everyone, in home games in recent years they have always done well. The game is a complicated one, as are the games against teams that are fighting against relegation. We have to be aware of this difficulty, the players know that,” the club’s official website quoted Sarri as saying.
The Serie A table-toppers performed brilliantly in their previous match as they secured a 4-0 win over Lecce. Juventus have 69 points with a four-point lead over the second-placed club, Lazio.
However, Sarri said that they are still looking for their ‘best physical condition’ and stressed that the ‘five substitutions are something to be handled with care’.
“Now we are still in the phase where we are still looking for our best physical condition, and that is valid for all of the teams. As the days go by, the reverse problem will arise with the accumulation of matches,” Sarri said.
“We are changing the management of the post-game routine, we don’t have the opportunity to do intense workouts, it is all about recharging and preparing for the next game. The five substitutions are something to be handled with care, but it is also a new and stimulating experience,” he added.
Juventus will compete against Genoa on Wednesday. (ANI)