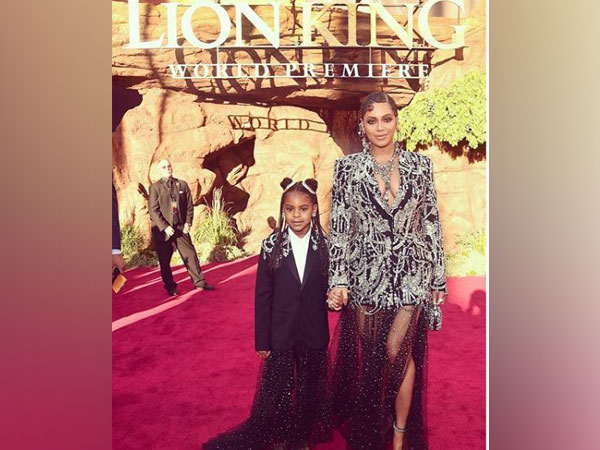 Washington D.C. [USA], June 29 (ANI): Following the footsteps of her parents, singer Blue Ivy Carter on Sunday (local time) took home her first BET award that she was felicitated with at the 20th annual BET award function.
According to The Hollywood Reporter, the eight-year-old singer won the award for her song ‘Brown Skin Girl’ which is her collaboration with her superstar mother Beyonce, and WizKid and Saint John Carter.
The song celebrates the natural beauty of the coloured girls, had earlier received an award at the 51st NAACP Image Awards in February. It earlier made to Billboard Hot 100.
On the other hand, the young musician’s mother Beyonce won the humanitarian award for her philanthropic work and relief efforts related to COVID-19.
The award function was hosted by comedian and actor Amanda Seales and it was broadcasted on CBS, in addition to ViacomCBS’ networks.
The annual award is hosted every year to celebrate the excellence of coloured community across films, music, sports, philanthropy, and television. (ANI)

Facebook soon to roll down dedicated place to watch videos