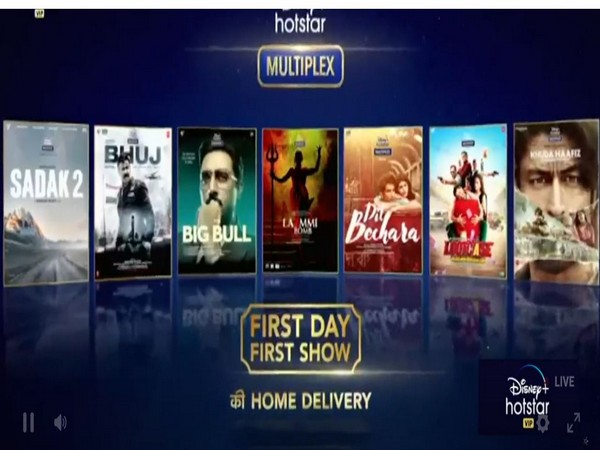 Mumbai (Maharashtra) [India], June 29 (ANI): In a live virtual interaction with a host of stars such as Varun Dhawan, Alia Bhatt, Akshay Kumar, Abhishek Bachchan and Ajay Devgn along with the Walt Disney Company APAC President and Star and Disney India Chairman, Uday Shankar, ‘Disney+Hotstar VIP Multiplex’ was launched on Monday.
The newly introduced initiative, ‘Disney+Hotstar VIP Multiplex’ will enable the audience to watch the films on the first-day first show of their favourite stars during the ongoing COVID-19 pandemic.
“We decided that amid the pandemic, people are stuck in homes, they need new films and content while they look forward to something cheer-up. The films earlier were only released in theatres, now we are announcing a big alternative world of exhibition and create a world of virtual, private theatres for the world,” Shankar said during the live interaction. 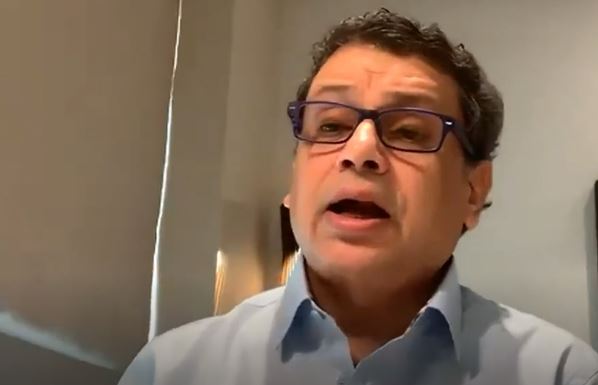 “The films by these illustrious actors, will directly release on the streaming platform starting this month itself, and films will directly go to Disney+Star, and the audience will be able to enjoy it with their family and friends,” he added.
After Star and Disney India Chairman intimated the viewers about the new initiative, actors launched ‘Disney+Hotstar VIP Multiplex’ with a clapboard.
Shankar announced, “As a tribute to late actor Sushant Singh Rajput, his last film ‘Dil Bechara’ will the first to be released on the platform. Starting between July to October, a number of films will be released.”
Following the statement, Akshay Kumar launched the first two looks of his upcoming horror-drama ‘Laxmmi Bomb’. Calling the genre of the movie his “favourite” and a “passion project”, he said that he was looking forward to doing the film.
Devgn too released the poster of his upcoming flick, ‘Bhuj: The Pride of India’ featuring himself and Sanjay Dutt, and shared that just like his last film ‘Tanhaji,’ the movie is also based on a true story.
Releasing the poster of upcoming flick, ‘Sadak 2,’ Alia announced the release of the film. She spoke about the film’s journey with her father [Mahesh Bhatt], sister [Pooja Bhatt] and Sanjay Dutt, and said that this film was a “homecoming” in its true sense, as the family reunited for the project.
Bachchan who is working with Devgn for the second time after ‘Bol Bachchan,’ launched the poster of ‘The Big Bull’. Sharing the plot of the film, he said that the story was based in the late 80s and early 90s in Mumbai.
Films like ‘Khuda Haafiz’ starring Vidyut Jamwal and ‘Lootcase’ will also be released on the online streaming platform. (ANI)

Setting up of ventilator bed, posting of doctors, nurses at…