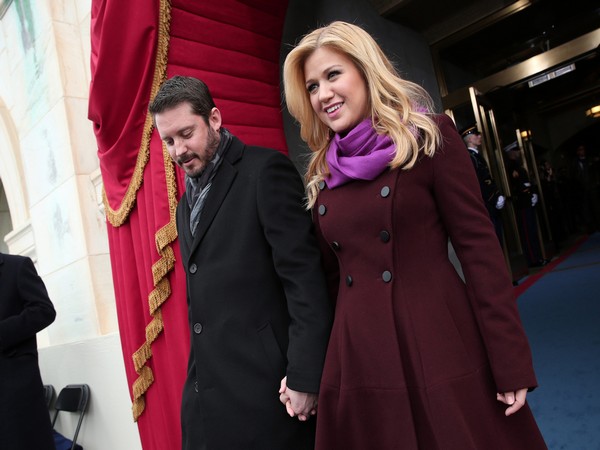 Washington D.C. [USA], June 28 (ANI): American singer-songwriter Kelly Clarkson had some kind words for estranged husband Brandon Blackstock following her Daytime Emmy Award win.
According to People Magazine, although the 47th annual Daytime Emmy Awards were held virtually this year due to the COVID-19, that didn’t stop, the 38-year-old star from being over the moon after it was announced that she had won the award for outstanding entertainment talk show host.
She wrote in an ecstatic Twitter message, “OH MY GOSH!!!!!! What is happening?!!!! This is amazing!!! Thank y’all so much!!! And a MAJOR thank you to my entire crew that really is the reason I won!!! I can’t wait to celebrate with our whole crew when humans can congregate again!! This calls for a PARTY!!!!” 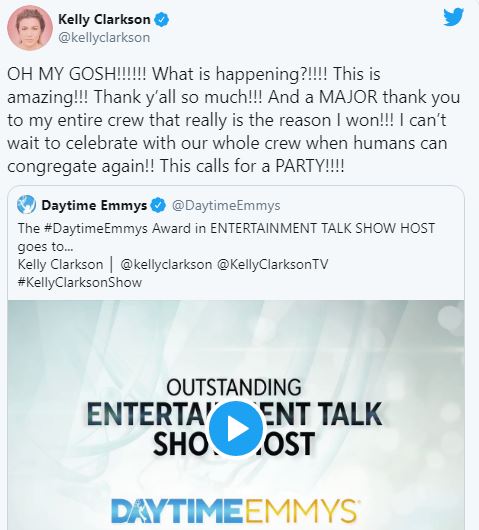 The ‘The Kelly Clarkson Show’ host went on to extend a special thank you to Blackstock, who is also her manager, for helping encourage her to launch the talk show back in September 2019
“Thank you so much to @BBlackstock for believing in me & convincing me to do @KellyClarksonTV show,” she wrote.
Clarkson also let friend and singer John Legend know that she was one step closer to joining him in the EGOT (Emmy, Grammy, Oscar, Tony) club, before signing off for the night.
Responding to a Tweet from the Daytime Emmys about how she was already “halfway to an EGOT,” Clarkson quipped, “Watch out @johnlegend I’m comin’ for that EGOT status.”
On June 4, the singer and television host filed for divorce from Blackstock.
The pair, who tied the knot in late 2013, share daughter 6-year-old daughter River Rose, and 4-year-old son Remington Alexander. Since the start of their relationship, Clarkson has also been close with his children from a previous marriage, 18-year-old Savannah and 13-year-old Seth. (ANI)