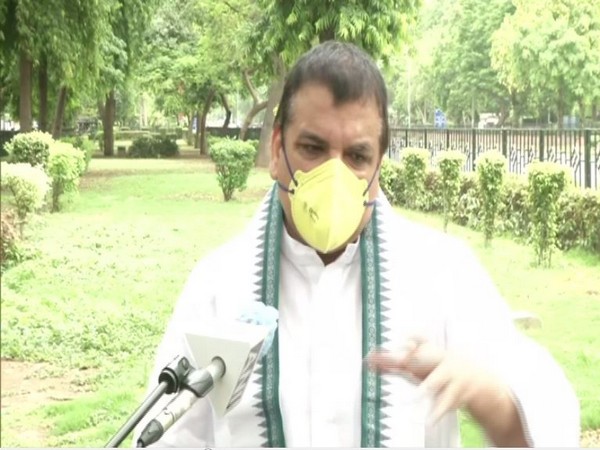 New Delhi [India], June 29 (ANI): Aam Aadmi Party (AAP) leader Sanjay Singh on Sunday slammed the central government, accusing it of taking a loan of Rs 5,700 crore from China and on the other hand, asking people to boycott the neighbouring country.
“The drama of BJP is praiseworthy. You tell the country to boycott China and the Modi government takes a loan from China of Rs 5,700 crore. The country’s soldiers are losing their lives on the borders and the BJP government is working on the basis of a submissive policy,” Singh’s tweet, which was roughly translated from Hindi, read.
Earlier, the Ministry of Finance on June 19 announced that the Government of India and Beijing-based multilateral financial institution Asian Infrastructure Investment bank (AIIB) signed an agreement for USD 750 million (around Rs 5,688 crore) COVID-19 assistance to India.
“The Government of India and the Asian Infrastructure Investment Bank (AIIB) signed a USD 750 million ‘COVID-19 Active Response and Expenditure Support Programme’ to assist India to strengthen its response to the adverse impacts of the COVID-19 pandemic on poor and vulnerable households. This is the first-ever budgetary support programme from the AIIB to India,” the ministry had said.
The AIIB is a multilateral development bank with a mission to improve social and economic outcomes in Asia. It began operations in January 2016 and has now grown to 102 approved members worldwide. (ANI)

My version of ‘Ek do teen’ tribute to Madhuri…