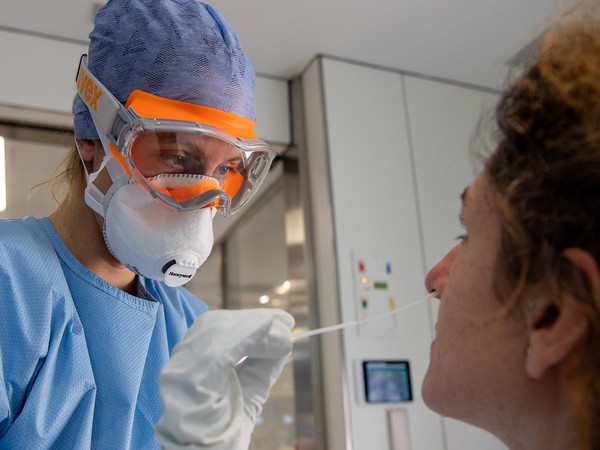 Beijing [China], June 28 (ANI): Beijing began massive nucleic acid tests on more than 100,000 students, faculty and staff from nearly 100 universities as part of the city’s effort to curb the latest outbreak of the coronavirus which has so far led to 311 local cases.
The mass testing brought the number of Beijing residents who had been checked to more than 7 million, city authorities said on Sunday, since a cluster of cases emerged in early June linked to the Chinese capital’s sprawling Xinfadi wholesale food market, South China Morning Post reported.
Tests have been carried out on people living close to markets, as well as those who work in the public domain, including banks, transport, dining facilities, beauty parlours, delivery services and community workers.
At a briefing on Saturday, the city authorities warned residents not to lower their guard, with cases spreading through different channels and locations and affecting many different industries.
Test results for the university cohort are expected by midnight on Sunday, with 20 medical facilities involved in the process.
State broadcaster CCTV reported on Saturday that the next step would involve testing about 3 million people working in the rest of Beijing’s education sector.
The annual college entrance exams, which usually take place in early June, have been postponed for a month and multiple cities in China are taking measures to reduce the risk of infection when they begin on July 7. These include checking students’ temperatures every day for two weeks before sitting in the college entrance exams. They are also not to leave their provinces.
In some cities, local governments have organised for students to get nucleic acid tests and any with respiratory symptoms will take the exams in a separate room. Specific requirements have also been put in place for seat assignments, to keep students at least 80 centimetres apart to reduce the risk of infection.
Also on Sunday, the Beijing Film Academy announced that all of its entrance tests would be moved online.
Acording to Al Jazeera, the mainland has imposed a strict lockdown on around half a million people near Beijing to contain the fresh coronavirus outbreak. (ANI)

On the floor of assembly, Tejashwi tries to get even with…

LG’s new Velvert smartphone to be revealed on May 7