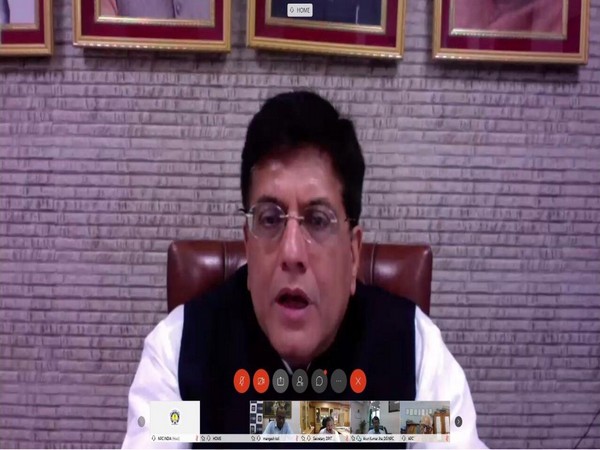 New Delhi [India], June 27 (ANI): Commerce and Industry Minister Piyush Goyal on Saturday chaired the 49th Governing Council (GC) Meeting of National Productivity Council (NPC) through video conferencing, after a lapse of fifteen years.
As per an official release, the meeting was attended by about 180 participants, comprising of government officers, leaders of industry associations, industry captains, trade union leaders, financial institutions, academicians, and other eminent personalities.
Goyal who is also the president of NPC Governing Council said that adoption of technology and digital economy is going to play a vital role in not only transforming the business enterprises in the future, but also in achieving the target of 5 trillion economy.
The participants in the meeting endorsed the view that India can reposition itself only through productivity enhancement.
Some of the suggestions made in the meeting were- sector formulation of specific action plans by NPC especially in agriculture and logistics sectors, identification of Champion sectors which has the potential to drive the economy, adoption of technology to increase the productivity and delivering cost-effective solutions for marginalised sector, interlinking of academia and industry for creation of a highly skilled labor force, financing of specific products to support MSMEs and increase their productivity, national audit on security impact.
Goyal suggested NPC to work closely with all the stakeholders and emphasised on adopting the best practices from around the world.
NPC is an autonomous body under Department for Promotion of Industry and Internal Trade (DPIIT), Ministry of Commerce and Industry. (ANI)

No Christmas rest in EPL ahead of another big weekend

Older people with early, asymptomatic Alzheimer’s at risk of…