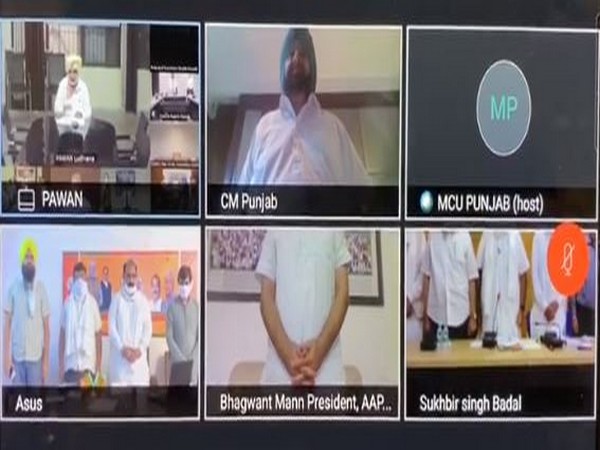 Chandigarh [India], June 24 (ANI): An all-party meeting, convened by Punjab Chief Minister Captain Amarinder Singh, on Wednesday commenced with all party leaders paying tribute to 20 Indian soldiers, who lost their lives in a violent face-off with Chinese troops in Eastern Ladakh’s Galwan Valley.
The Punjab Chief Minister called the all-party meeting to evolve a consensus on the Central Government’s agriculture-related ordinances.
Based on the meeting consensus, a letter would be sent to the Government of India demanding immediate roll-back of the Ordinances, the Chief Minister earlier said.
He said that the ordinances were totally unacceptable to the state as they were against the interests of the farmers and could spell the end of the MSP (Minimum Support Price) regime. (ANI)