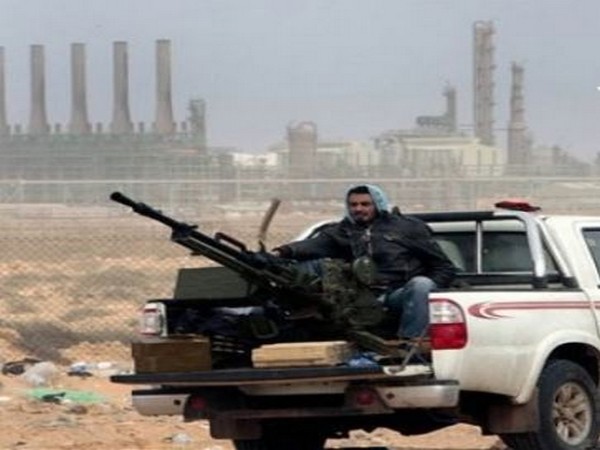 New Delhi [India], June 24 (ANI): Ministry of External Affairs (MEA) on Wednesday stated that the continuing conflict and instability in Libya is a matter of international concern and called for an immediate cessation of all hostilities in the north African country.
In response to a media query seeking India’s reaction to recent developments in Libya, the MEA official spokesperson, Anurag Srivastava, said, “The continuing conflict and instability in Libya is a matter of international concern. We support efforts towards immediate cessation of all hostilities in Libya.”
“We acknowledge the recent international efforts in this direction, including the Berlin International Conference held on 19 January 2020 and the Cairo Declaration of 6 June 2020, and hope that these initiatives will promote the peaceful resolution of the conflict through an intra-Libyan dialogue taking into account the legitimate aspirations of the Libyan people, while preserving Libya’s sovereignty, unity and territorial integrity,” he added.
Foreign ministers of countries part of the Arab League also said on Tuesday that they wanted to avoid a new battle in Libya and called for a truce as the warring sides mobilise near the main oil region as their foreign backers threaten an escalation.
Khalifa Haftar’s Libyan National Army (LNA), backed by the United Arab Emirates, Russia and Egypt, has fallen back as far as Sirte, on the central Mediterranean coastline, where air raids have stopped the advance by the country’s internationally recognised Government of National Accord (GNA).
Both sides are now preparing to battle for Sirte. The LNA retreat to Sirte was a blow to Haftar, whose goal of uniting Libya by force after years of chaos and division hinged on the offensive he launched in April 2019 to capture Tripoli.
Any further advance by the GNA would give it the chance to take back control over Libya’s “oil crescent”, the region where most of the OPEC member’s energy is produced and exported.
Its military success in recent weeks has depended partly on the support of Turkish drones, which targeted LNA supply lines and troop formations.
“The military option will not achieve victory for any side … and the military action will not bring peace or establish stability on the Libyan soil,” Arab League Secretary-General Ahmed Aboul Gheit said in an online emergency meeting of the foreign ministers called by Egypt to discuss the latest developments in its neighbour.
“The political solution is the only way to settle the Libyan crisis,” he said after an online meeting of the bloc’s foreign ministers.
A ceasefire on all battlefronts, especially around Sirte, will enable the Libyan parties to re-engage in the United Nations-brokered negotiations to reach an agreement for a comprehensive and permanent ceasefire all over the country, Abul Gheit said. (ANI)

‘Iran concerned over Raheel as head of Saudi-led…