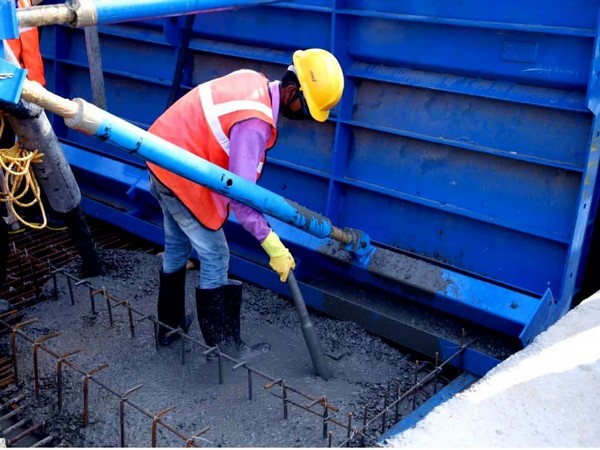 New Delhi [India], June 24 (ANI): The casting work of u-girders which would be installed on the elevated section of the Janakpuri West – RK Ashram corridor has been commenced under Phase 4, the Delhi Metro Rail Corporation (DMRC) said on Wednesday.
In an official release, DMRC said that these u-girders, 28 metres in length, will be subsequently installed on this corridor.
“The casting work is being done at the designated casting yard for this section, located at Mundka. The commencement of the casting of the first u-girder was also witnessed by DMRC’s Managing Director, Dr Mangu Singh and other senior officials via video conferencing today,” it said.
“Every month 56 such u-girders shall be produced at this casting yard. In total, about 2,200 different pre-cast components required for construction such as u-girders, pier-caps, cross-arms, pie-girders will be casted at this yard,” it added.
U-Girders are precast pre-tensioned, U-shaped girders on which track laying can be done immediately. These girders are readied in the casting yards and brought to the sites.
The 28.92 km long Janakpuri West – R. K Ashram Marg corridor is an extension of Magenta Line and will come up with 22 stations. Construction work on this particular section had started in December last year.
“Despite issues such as unavailability of the adequate labour force, DMRC is moving ahead with the construction work of all the three corridors approved so far as part of Delhi Metro’s Phase 4. Under this phase, 61.679 kilometres of new Metro lines shall be constructed across three different corridors comprising of 45 Metro stations,” DMRC said. (ANI)

Police detains AAP MLA ahead of protest fast outside…