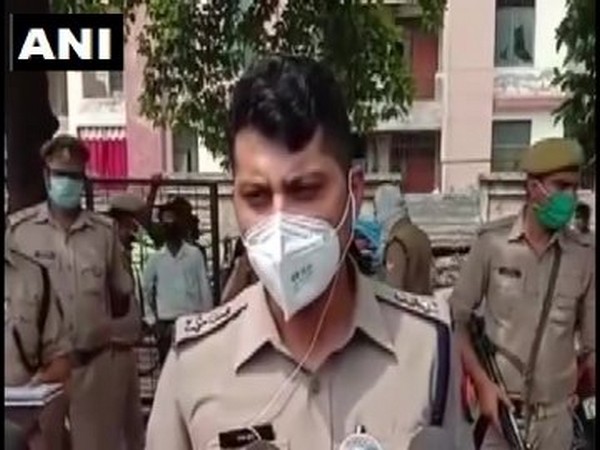 Kanpur (Uttar Pradesh) [India], June 21 (ANI): A Bahujan Samaj Party (BSP) leader, who also used to operate as a property dealer, was allegedly shot dead by unknown assailants in an area which comes under Chakeri police station Kanpur on June 20.
Speaking about the incident, SSP Kanpur City Dinesh Kumar Prabhu told reporters on Saturday that the assailants had followed the deceased’s car before shooting him dead.
“A property dealer named Pintu Sengar was shot dead by four unknown assailants. The assailants followed him on two bikes and shot him as soon as he got out of his car. The police brought the injured Sengar to the hospital where he was declared dead by the doctors,” Prabhu told reporters here.
“About 5-6 rounds were fired by the assailants. We are collecting evidence and will investigate the matter thoroughly before coming to any conclusion,” he added.
Further investigation is underway. (ANI)

Trump blames ‘thugs’ outside his campaign rally for low turnout

Nepal should continue friendly ties with India, not come under China’s pressure: BSP

James Corden reveals about wearing Spanx under all his suits

Study reveals artificially sweetened drinks may not be…