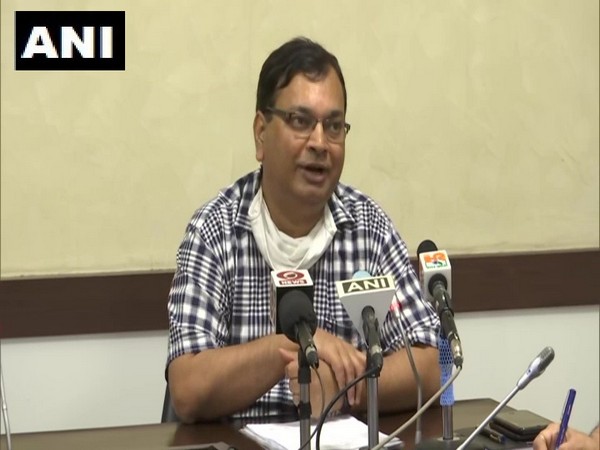 Lucknow (Uttar Pradesh) [India], June 20 (ANI): Uttar Pradesh Principal Health Secretary Amit Mohan Prasad on Saturday said that 592 new COVID-19 cases have been reported in the state in the last 24 hours.
The number of active cases in Uttar Pradesh is currently at 6,237.
“As many as 10,369 people have been treated and discharged. 529 people have succumbed to the disease while 6,239 are in isolation. Yesterday, 14,048 samples were tested in Uttar Pradesh. A total of 5,42,972 samples have been tested so far,” said Prasad while addressing a press briefing.
COVID-19 positive cases have been reported from old-age homes in three districts of the state — Sultanpur, Kushinagar and Jalon. They have been asked to stay alert and conduct tests for other persons as well.
“COVID-19 cases have also been reported from a juvenile home in Meerut and Kanpur. Testing is being conducted for others as well and officials have been alerted,” said Prasad.
Awanish Awasthi, Additional Chief Secretary, Home said that Chief Minister Yogi Adityanath held a meeting with Team 11.
“The Chief Minister emphasised on a better action plan in NCR. Monitoring committees were asked to strengthen the system of surveillance by connecting all departments. The High Court has also praised the actions of the state government,” said Awasthi.
“The Chief Minister has asked to make COVID Health Desk at PHCs, CHCs and other places. The Commissioner and the District Magistrate have asked to make health desk at important offices of the tehsils of Revenue Department,” he added.
Awasthi said that Adityanath has instructed District Magistrates to make announcements regarding COVID-19 awareness. Instructions have also been given for patrolling in order to avoid large gatherings.
“The Chief Minister has said that workers in their own villages should be given work to earn a living,” Awasthi further said. (ANI)