On this day in 1983: Kapil Dev played swashbuckling knock of 175 versus Zimbabwe 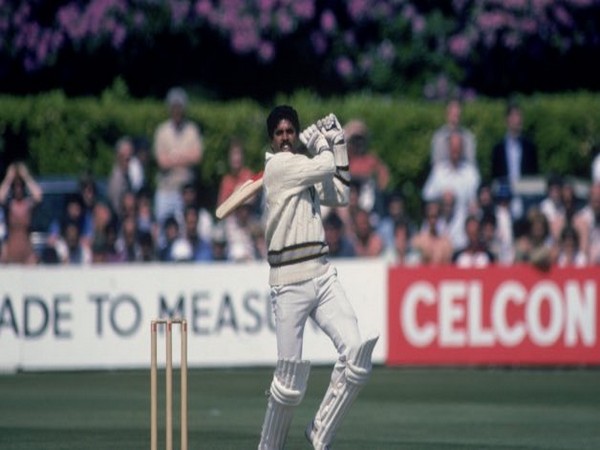 New Delhi [India], June 18 (ANI): It was on June 18, 1983, when former India skipper Kapil Dev played a knock of 175 runs against Zimbabwe in a group-stage match of the third edition of the World Cup.
In the match against Zimbabwe, India won the toss and opted to bat first. However, the side got off to the worst start possible as the side found itself at 17/5.
Big guns like Sunil Gavaskar, K Srikkanth and Mohinder Amarnath failed to get going and India was staring down the barrel.
Roger Binny provided a little support to Kapil Dev as the duo formed a 60-run stand, but Binny also departed after scoring 22 and India was left at 77/6.
For there, Kapil Dev took charge and he started hammering the Zimbabwe bowlers to all around the park.
The all-rounder eventually scored 175 runs with the help of 16 fours and 6 sixes, taking India’s score to 266/8 in the allotted sixty overs.
India, then defended the total as the side bowled out Zimbabwe for 235, winning the match by 31 runs.
Madan Lal starred with the ball in hand as he scalped three wickets and India went on to register their one of the most memorable victories.
The match was not televised and till date, not many have seen how brilliant the knock of Kapil Dev was.
The Kapil Dev-led side had gone on to win the 1983 World Cup as the side defeated West Indies in the finals of the tournament at the Lord’s Cricket Ground. (ANI)

SSR case: Make no assumptions till CBI probe is over, says…