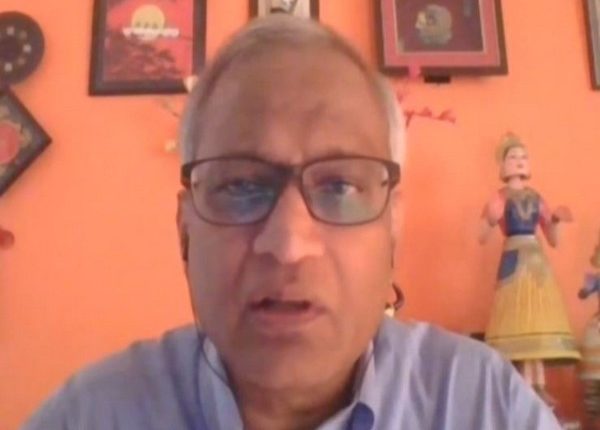 New Delhi [India], June 17 (ANI): The June 15 violent face-off between India and China at the Galwan valley area reflects a collapse of the disengagement process and of the confidence-building measures (CBMs) in place between the two countries, according to China expert Professor Srikanth Kondapalli.
Talking to ANI on Wednesday, Prof Kondapalli said that governments of both countries first need to conduct an investigation to take stock of what happened on the day, and then take the required actions based on its findings.
“The incident at Galwan valley reflects the failure of CBMs in place between India and China. The CBMs have evolved in 1993, 1996 and 2013 agreements. As a result, there were some procedures that they had to follow in order to disengage or de-escalate. On June 6, both sides agreed to disengage but this process could not effectively be implemented as a result we have seen these numbers of causalities. Chinese reports suggest 45-50 causalities on their side. This suggests that it was a very violent clash,” Prof Kondapalli said.
“So the first thing that the two governments need to see is what has happened in the area. Why the commander’s conference on June 6 was not implemented? What problems did they face when implementing the orders of the June 6 meeting? They first need to take stock of the situation. They will see if the current CBMs can be implemented or if there is a need for new CBMs to follow,” he added.
At least 20 Indian Army personnel, including a Colonel rank officer, had lost their lives in the violent face-off in the Galwan valley area of Ladakh.
Upon being questioned whether India should send a stern message to China or use diplomacy to solve things, the Professor said, “A decision had been taken at June 6 meeting at commanders level to disengage and deescalate. They will first have to resolve this and then move to the next stage which could be diplomacy, or it could be war. It could also be both sides meeting again at the Commander’s level and then deciding to sort this out.”
He also said that the two countries are large, and fast-growing ones and possess huge military strength along with mature leadership, and therefore, “do not require any outside support” to sort out the matter.
The violent face-off happened on late evening and the night of June 15 in Ladakh’s Galwan Valley as a result of an attempt by the Chinese troops to “unilaterally change” the status quo during de-escalation in Eastern Ladakh and the situation could have been avoided if the agreement at the higher level been scrupulously followed by the Chinese side, India said on June 16.
The Chinese side also suffered casualties, including the death of the commanding officer of the Chinese Unit involved in the violent face-off with Indian troops, sources confirmed to ANI. (ANI)

SC directs Centre to look into issues of salaries, quarantine facilities to doctors