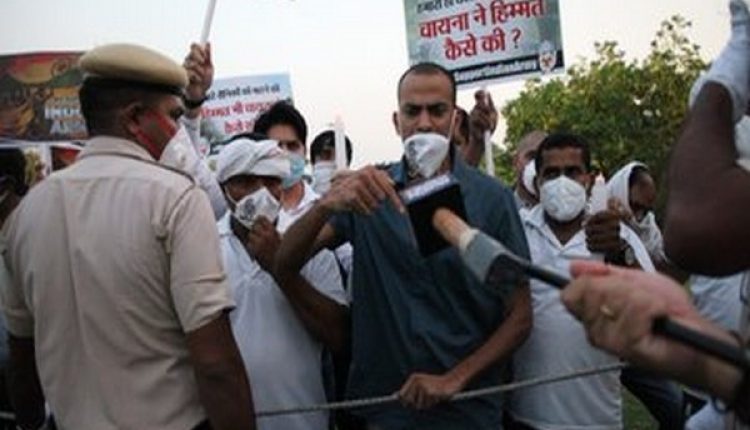 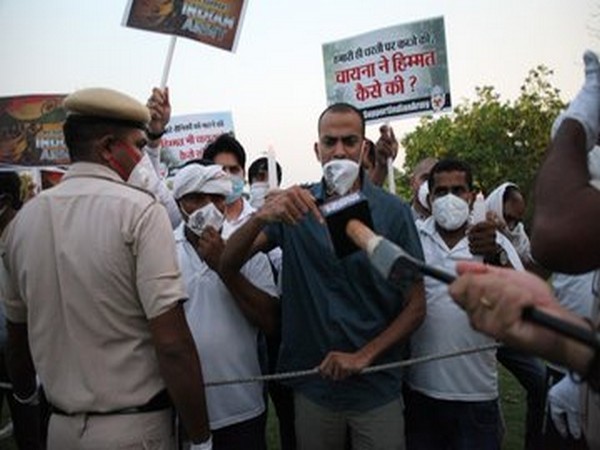 New Delhi [India], June 18 (ANI): Indian Youth Congress, under the leadership of in-charge Krishna Allavaru and national president Srinivas BV, organised a candle march in front of the Chinese Embassy here on Wednesday.
The protest was organised in the backdrop of the incident in which 20 Indian Army personnel were killed in a violent face-off with Chinese troops at the Galwan Valley, Ladakh on June 15, and also as a mark of protest against the “expansionist Chinese policies,” read a statement from IYC.
However, as soon as the candle march started, the Delhi Police detained the IYC leaders as well as all other activists, without giving any reason for doing so, the statement said.
“It is pertinent to mention that the march was completely peaceful and all the norms of social distancing were being followed. The police dragged the IYC leaders and after detaining them took them to Mandir Marg Police station. Thereafter, the IYC president, in-charge along with all other national and state office bearers, as well as other activists of the IYC paid their respects to the martyrs by lighting candles, in front of the Mandir Marg police station,” the statement read.
“The Indian Youth Congress demands that the government take strict military and diplomatic action against the Chinese aggressors so that the martyrdom of our soldiers does not go in vain,” said Allavaru.
IYC president Srinivas BV said, “Chinese need to be a taught a lesson and given a taste of their own medicine. The government must take all necessary action. The nation stands behind its armed forces in whatever action is thought expedient. We are in this together.”
The violent clash started late on June 15 in Ladakh’s Galwan Valley as a result of an attempt by the Chinese troops to unilaterally change the status quo during de-escalation in Eastern Ladakh and the situation could have been avoided if the agreement at the higher level been scrupulously followed by the Chinese side, India had said on Tuesday.
Twenty Indian soldiers were killed in the face-off and Indian intercepts revealed that the Chinese side suffered 43 casualties including dead and seriously injured. (ANI)